A Chairman’s Reflections Then And Now

A Chairman’s Reflections Then And Now

This year, every time I have tried to mount a serious bass trip, something has intervened. The whole of the June peeler crab fishing, or nearly all of it, I missed because of having to be in Germany for the World Cup. Catching small silver bream in a lake in the middle of Hamburg isn’t really a good substitute. Then when I was setting off to Kerry for a long trip this autumn – two hours in fact before I was due to leave the house with the car laden with tackle for the ferry to Cork – I got a phone call telling me to go Zaire to interview George Foreman and Mohammed Ali. From the look of it, the Congo River ought to provide some sport. Unhappily I wasn’t able to test it out, not even a little livebaiting for crocodiles. 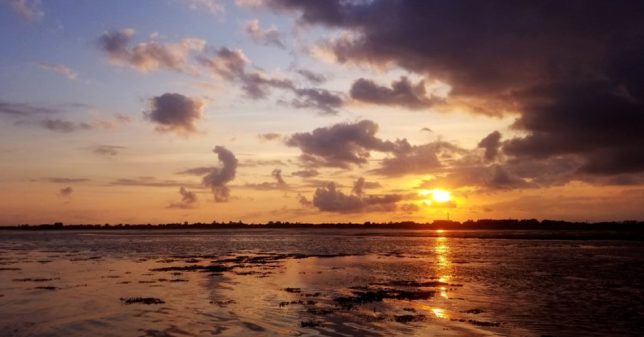 Hopefully I shall be off within a few days of writing this, and this time I’m going to be bass fishing for a whole month, which might or might not, enable me to claw my way up from the ranks of the bronze badge bar holders to the silver and conceivably the gold. If I don’t, I have no real excuse!

That’s the story of my season, and I hope that you will have had a better one. I did in fact, have some snatched days on Caldey Island in the summer which yielded plenty of fish, though nothing over 7lb. From what I read, our members have been doing rather better, especially down on the south coast. One of these summers I am going to spread my wings and try for those big Dorset bass!

More seriously, we on the committee were very heartened in October to hear from the Ministry of Agriculture, Fisheries and Food that they were willing to meet a delegation from the Society, to discuss the question of the minimum size limit for bass. Also invited were the National Anglers’ Council and representatives of commercial fishing interests and Sea Fisheries Committees. This discussion took place late in October and at the time of writing nothing is clear, although it seems likely that a size limit will be imposed.

That in itself is satisfactory, but the impression that our delegates got was that it is not very likely that we will get what we want, i.e. at least a 14-inch limit. The commercial interests, while conceding eventually that a size limit was inevitable, pitched for a mere 9 inches. One imagines that a compromise will probably be reached, and the feeling of our delegation was that it might result in 10 inches.

B.A.S.S. is not necessarily disheartened at this turn of events. We have only been in existence for just over a year, and the fact that our pressure on the Ministry, together with that of the NAC, has finally got them to admit that there is a problem is an achievement in itself. Although we do not regard a 9 or 10-inch limit as satisfactory, this is only a first step. We will continue to press for it to be enlarged and we will continue to seek further evidence to support our view.

One factor in the situation which was outside the terms of reference of the meeting and which is more the concern of the Department of Trade and Industry, is the actual value of the bass catch to the country in economic terms. In Ireland this was a vital factor in persuading the Minister there to introduce legislation; they discovered that a bass alive in the surf – viewed in terms of tourism that is – was worth approximately twenty-five times as much as a dead bass in a fish box.

In Britain it is not so easy to analyse the situation, but when one adds up transport, accommodation, the importance to the tackle trade and one or two other things, a very significant figure would probably be reached vis-a-vis the commercial worth of the catch.

So you can see that your Society has not been concerned merely with the giving out of awards for catching bass, although this is an important part of our function. Behind the scenes we have been working very hard in your interests, and now at last the bass has a legal standing and the very worst abuses, (e.g. the netting of tiny estuary bass) look like being stamped on very thoroughly.

Once legislation in this matter has been passed, the Society will assume its vigilant role and regular checks will be made of fish markets which have been known to sell bass even under 9 inches. Thoughtless anglers taking bass of this category can also be liable to prosecution, and in persistent cases the Society will not hesitate to bring private prosecutions.

Except for those lucky enough to fish extreme southwestern areas, the bass season is now drawing to a close, but whether you have had a brilliant season or a patchy one, you can put your rods away with the feeling that something has been achieved outside the fishing itself. After scarcely more than a year we have been instrumental in getting Dicentrarchus labrax a measure of protection.

1973 was a bleak time for the most charismatic of our saltwater fish. Sure there is a chance of upping the minimum limit – by an inch or so – but anyone who regularly went out after bass was pretty despondent. The ‘foodies’ had discovered our fish which they called, (and still call), “sea bass” and suddenly gill nets were in the shallows everywhere to satisfy the new fad, for which at first we blamed the French. In those days you never saw a bass on a fishmonger’s slab.

Actually, some of us had started to worry about bass a whole decade before that. I recall a piece I wrote for Creel magazine in 1963 about the Irish surf. Alongside was a picture of me and a pal walking across the Strand at Kilcummin hauling a string of nine or ten bass back to the car. When I saw it I was horrified, and realized how stupid this was – and that was at the time when bass were absurdly plentiful on the Kerry beaches. After that, Des Brennan and I made a rule for ourselves – a bag limit of one bass each in our traditional October week. And that led also to the first serious attempt to conserve bass in these islands, after the major tagging program that Des launched.

This week, though, through my letter box came the latest issue of the B.A.S.S. Restoration Project Newsletter and I realized how far we’ve come since then. Even though the war to save the bass is not yet won, how much better things look now – nursery protection measures in place, a great year-group of juveniles coming through, the 36cm minimum landing size, and above all, a distinct feeling of optimism that Defra will soon take on board the now obvious fact that the economic value of the recreational fishery (in cash terms and in employment) far outweighs that of the commercial catch. The pair trawling is still a great worry and the gill nets are still there. I went back to Brandon Bay recently and found it heavily gill netted, illegal gill netting, of course. But who is to enforce the law?

Things are much better than when I left England for the USA in the mid-70s. It was there that I saw the kind of conservation of which – so far – we can only dream of. There had been a problem with overfishing of the striped bass stocks in Chesapeake Bay, and I expected a bag limit or a shorter season maybe. What happened was very different — a complete moratorium on catching stripers by rod or net, and laws making it illegal to sell stripers or serve them in restaurants. In the first few weeks there were boats and cars confiscated from the ‘smartasses’ who didn’t take the law seriously – and a restaurant was fined $15,000 for having stripers on the menu.

We have a long way to go, but I’m beginning to think we’ll get there in the end.

Historical note: The articles in Chapter 11 were specially written in 2003 to celebrate 30 years of the Society