A Territorial or Opportunistic Bass – Which one are you targeting?

In common with a great deal of my fellow bass anglers, I think an awful lot about why they’re present in particular areas, at certain times. That the very same bass (or shoal) frequent a specific reef, gully, patch of sand or weed bed to a timetable of their own is well known and tagging studies have proved unequivocally, that bass are very territorial and habitual in nature. For the enthusiast, attempting to figure out these patterns is what forms part of our love affair with this magnificent sporting species.

But are there factors completely beyond our control that might throw up an unexpected result? This could a red letter day or far more likely, a blank when you really thought the conditions were ‘spot on’. If you were expecting the bass to be there, what could have occurred for them not to be? 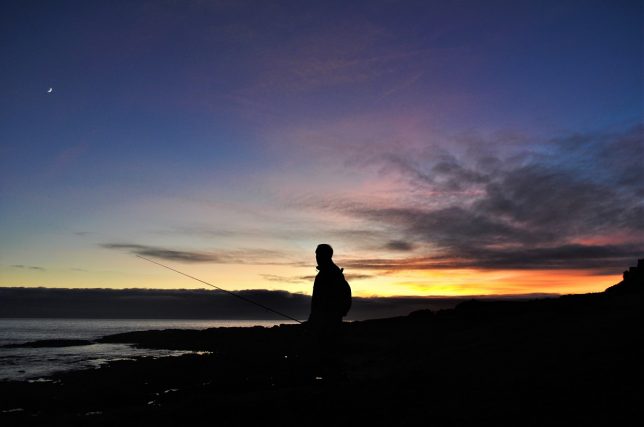 It’s well known that by keeping an accurate diary of the conditions (for each session) such as the weather, tide height, sea state, state of tide, time of year, time of day, Moon phase, sea temperature and water clarity it is possible to build up a picture of individual marks. But sometimes you can be left scratching your head. On days when all the ingredients were in place the knowledge you’ve gathered through hours and hours of fishing can appear, momentarily at least, inexplicably worthless. But what could have caused this?

First and foremost, remember that you’re dealing with a wild predator. But my theory is that there is one dynamic to a bass’s behaviour that will definitely see them deviate from the preconceived ‘norm’ and that is their disposition of being extremely opportunistic.

To the extent of being entirely preoccupied, there are certain food items and circumstances that, I believe, will 100% alter a bass’s routine. Examples are seaweed middens/maggots being washed into the sea. But even more so, shoals of bait fish such as fry, sandeels, mackerel and herring will see bass readily gorge themselves – particularly later in the season it seems.

Here in south Devon, during December, there were social media reports and photographs of some excellent bass landed (both in numbers and size) that had taken surface lures only a few hundred yards offshore. These bass were seemingly attacking the herring shoals present and literally spitting them out whilst being unhooked.

The impact to me (and many others I suspect) was that during this period, I completed a few short sessions when I was convinced I’d catch a bass (but didn’t) yet 500 yards out I could see the gulls constantly hammering baitfish. The only explanation for my ‘blanks’ was that the bass were feeding avidly on the ‘easy prey’ offshore, rather than searching the shallows for gobies, crabs, prawns and individual fish.

So what else can make bass disappear from their regular haunts? Unfortunately and not surprisingly, a gill net set close to a beach or headland can have a seriously negative effect on the fishing- enough said… Spotting seals out on the coastline garners a mixed response from anglers. Some see it as a good sign, others believe it’s disastrous. My view is that if one pokes its head up within 20m of me then it’s game over. 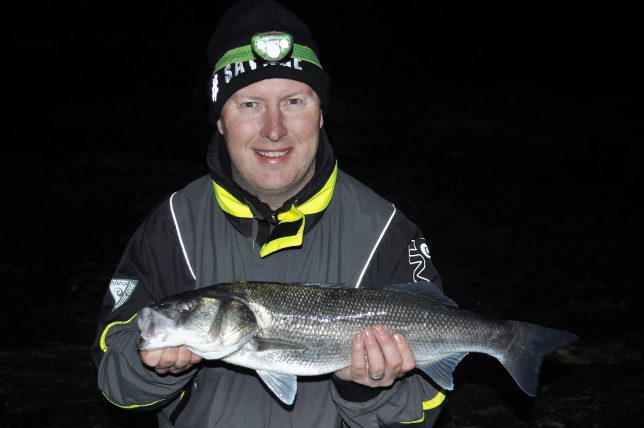 A recent guided session is a case in point, on a mark in question which can best be described as a lagoon. A client of mine was receiving a lot of hits (he was subsequently broken off by a decent bass) fishing a weedless soft plastic when the action suddenly ceased… A couple of minutes later two seals popped up and looked at us.

To conclude – before you head out bass fishing have a plan of attack most certainly, but also keep your eyes peeled for signs of activity (gulls, boils, fins protruding etc). If you like the look of a spot on your way to your supposed ‘banker mark’ then trust your instinct and have a go; especially if there are maggots or any small fish scattering. Additionally, think about the wind and tide direction, and the associated movement of the waves as quite often bass will be concentrated wherever the easiest meal is – not where it might have been many times before.

For information on Marc Cowling’s guided bass fishing operation his website/blog can be found at www.southdevonbassguide.com