A Weeks Bassing In Portugal – Part 1

As a landlocked bass nut, I find myself travelling long distances to fish, and I am really lucky that I have a very understanding partner – all of our summer camping trips are based around bass fishing locations in Pembrokeshire, Cornwall, Devon and Dorset. Sitting with my better half one evening during the summer, we were talking about what to do for October half term – we had just fixed our house moving date and were therefore able to start making plans.  We considered a UK break, but it’s a bit too late for camping with the little ones and otherwise expensive in school holidays, and I was still smarting from losing 5 days’ lure fishing to Storm Brian last autumn.  Jemma started looking at holidays in southern Portugal.  I played it cool for a while, and then let slip that I knew a guy with a villa in the area.   I am guessing that 99% of UK based bass anglers will have seen Grant Woodgate’s exploits on the Costa Vincenza in SW Portugal on YouTube.  I’ve watched them all of course and had it in the back of my mind that perhaps I will visit the area.  It looked great, water temp averages 18 degrees and air 20 at this time of year, so we could get some late sun.  I made contact with Grant and asked if his villa, Casa do Poco, was available.  He replied in the positive and so the plan was made.

Life was pretty busy between moving house and the holiday, so it felt quite late in the day when I started preparing in earnest.  I spent my lunchbreaks at work studying google maps and looking at tourist’s and surfer’s photographs of the area.  I had a chat with Grant and he confirmed the spots I had selected were good ones, and also suggested a few others.  Lure and tackle selection was difficult – I loaned a shimano 20-50g 9ft travel rod from my father, and also took a 7ft 10-40g as a back up.  The latter was paired with my VR50 with fresh 25lb Sunline castaway, which was chosen as its pretty tough, and picked out my Norway reel for the heavier rod, an okuma Salina 3 4000- and loaded this with 40lb Power Pro. I ordered a couple of the bigger 50g Enticers and also a spool of 40lb Varivas hard top fluorocarbon to bolster a selection of hard, soft and metal lures from my stash.  A note on the Samson lures – I’ve had a few of the smaller lures up to 30g for a while, but in general had not had much luck with them, however I am not stupid and couldn’t ignore Grant’s success on them in Portugal.  My confidence to use them was bolstered by talking with Grant of course, who doesn’t really use anything else these days, unsurprisingly perhaps being the man behind them! 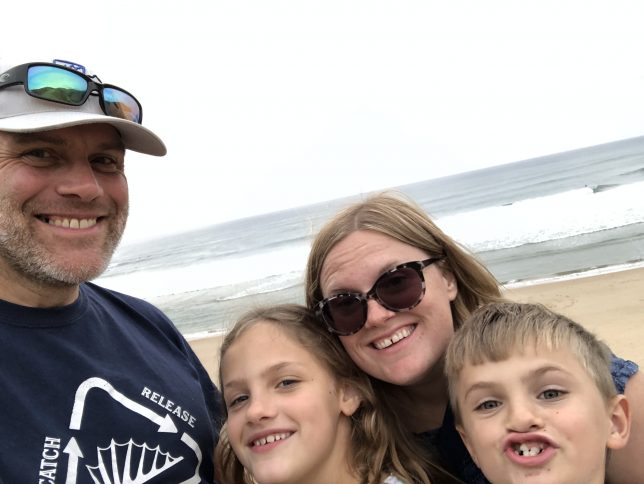 Our travel to Portugal went without any hiccups, but we arrived extremely late so fishing on the first day was not really an option, especially with Wales playing South Africa in the rugby world cup.  After watching my team get knocked out I dragged the family off to check out some of the beaches I’d been studying.  I wasn’t exactly prepared for the gravel tracks all over the coastline – we had a few goes at finding those appropriate for the little hire car.  Eventually I found my way around the Sat Nav and we found ourselves looking at some stunning beaches and places to fish.  The other fly in the ointment was needing a licence – I would have to wait until 9am Monday to get one, and online information was a bit hard to find, so I wasn’t even sure where to go.  I decided that I couldn’t not fish Monday morning, and that I would take a risk and pick up my licence later.  I parked in an out-of-the-way spot and clambered down a steep path and cliff.  I started to fish as it was getting light, but the tide was a different height to the day before and it took an hour or so until I found a spot that I felt confident in.  I went through a few lures and then on went a 30g Enticer.  I soon spotted a swirl behind it, but the fish failed to find the hooks.  Next cast however I had a repeat and this time I was in to my first Robalo!  It was so dark I initially thought a wrasse had come up and nailed the top water.  The fish was landed without much ado – I was really pleased that I had used the 40lb leader as it was easy to grab and lift the fish which was around the 5lb mark (56cm). 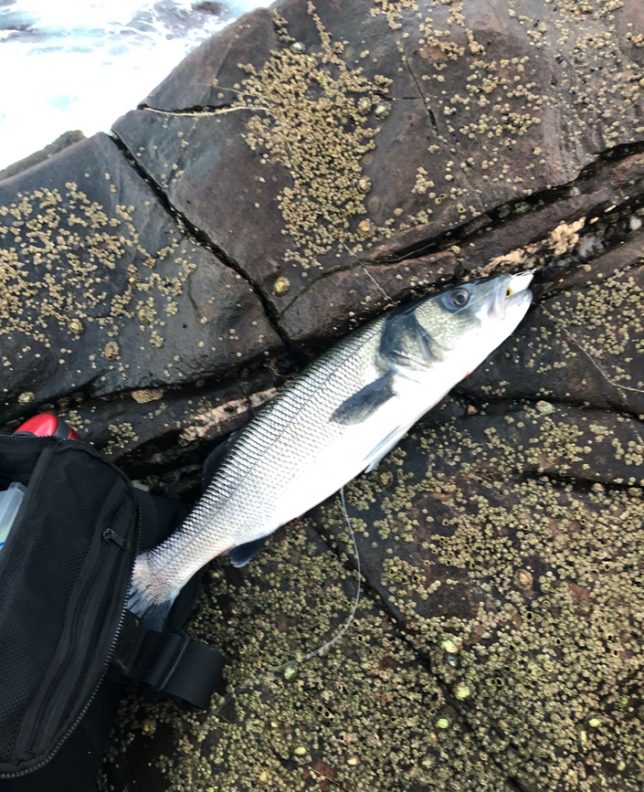 The fish had absolutely nailed the lure.  Getting an early fish on the enticer was to prove invaluable in getting my confidence up on them.  I continued fishing away at this spot, had one more follow here but failed to take the lure.  A short move later and another good fish splashed at the lure without hooking up – on inspection later the hook needed a bit of TLC as it was not the sharpest.  Bad angling as I perhaps should have finished the session with more than the one fish.  I was also struggling with the outfit.  I had a number of wind knot issues (usually whenever I put a lure lighter than 30g on) on this outfit.  I cracked off a tide minnow flyer at one point, but was luckily able to retrieve it later as it somehow washed up on the boulders next to me.  I removed 50m or so of braid and hoped that would sort it. For Tuesday morning’s session, I really was full of confidence – I knew exactly where to head and what to do, in theory, however I couldn’t raise a fish at all, and the session was ruined by more bad wind knots – and worse still I lost 3 lures as a result, a line thru sandeel, a brand new gunfish 135 and a 50g Enticer.  The latter loss played on my mind later in the week as its twin brother was to become my most successful lure, and I could not afford to lose it!   I couldn’t tell if it was down to the braid, the rod, or the reel, but suspected the latter as I recall suffering a similar fate when I tried this reel for shore fishing on another occasion. 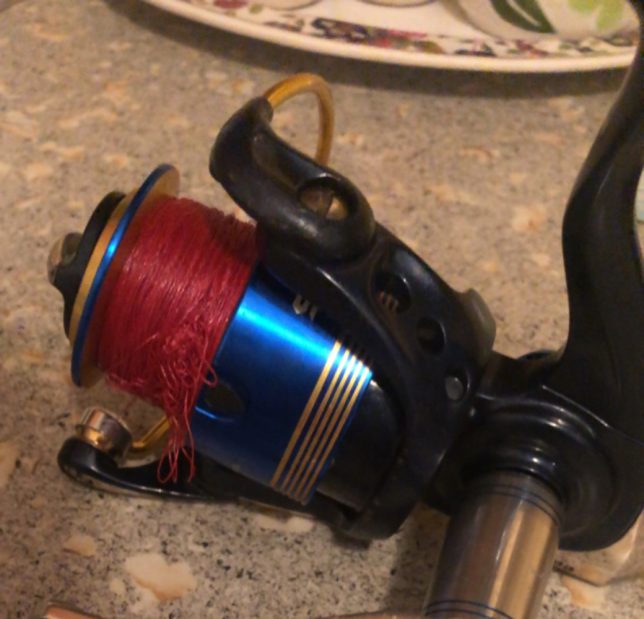 I resolved to use the VS on the Shimano rod at this point, and resign the Okuma to a life of bait fishing and Norway coalfish.  The braid was a bit lighter, but I figured it would be strong enough if I continued to use decent lengths of the longer leader, I gave this outfit a try out when on the beach with the family, and was confident I had solved my wind knot issue, and would fish on with confidence the next day…