Save Our Sea Bass has written an open letter to members of the Cornwall IFCA Byelaw Working Group reminding them that sea anglers and commercial fishermen are expecting them propose measures to stop Cornish fixed netters illegally targeting bass as they shoal up in Cornish bays before they move offshore to spawn. 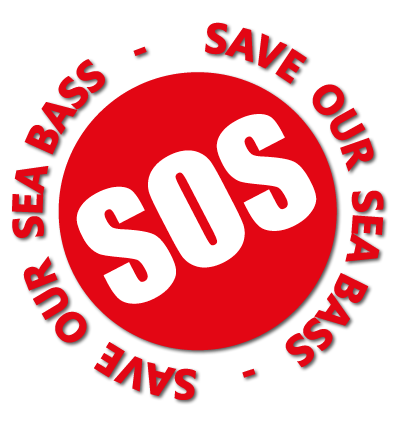 We understand that you are the members of the Cornwall IFCA Byelaw Working Group (BWG). At the last CIFCA meeting it was agreed that CIFCA would provide to you a scoping paper regarding illegal targeting by netters – for a full discussion at your February meeting (tomorrow we believe), following which you would make a report back to the CIFCA Committee meeting in March.

In December we posted to you a copy of our paper which clearly demonstrated that some Cornish netters are illegally targeting bass. This paper is attached for your convenience.

Since the last CIFCA Committee meeting, we have received many reports of large landings of bass by fixed netters operating from Cadgwith Bay and fishing in Kennack Bay and Cadgwith Cove. We have received similar reports concerning a Helford vessel fishing in Coverack Bay. We have received these reports from local commercial fishermen as well as from sea anglers – people are coming together from different sectors to express their anger that a small number of netters are being allowed to damage the bass fishery that belongs to everyone. From November to February, bass are shoaling in Cornish bays preparing to move offshore to spawn – it is totally unsustainable for netter to catch these fish. It is remarkably stupid too, since we hear that they have pushed the market price of bass down to just £1.50 to £2.00.

We would like to emphasise that this is a local problem for Cornwall and the power to stop this lies in your hands and the hands of the CIFCA Committee. You are the Fishery Manager for Cornwall and you have wide ranging powers to manage the Cornish bass fishery. We are no longer in the EU and the Government will not interfere in local fishery matters – Cornish sea anglers and commercial fishermen are looking to you to fix this problem.

We have suggested a percentage of catch restriction, but we hear CIFCA does not favour this solution for some reason. There are other possibilities: spatio-temporal measures, banning Cornish bass netting landings in November to February or imposing low netting catch limits in this period. There may well be other ways of stopping this unsustainable targeting of bass by netters. We are depending on you to develop a workable proposal for the CIFCA Committee to adopt in March. It is too late to stop the damage that has been done this year, but we need you to ensure this is not repeated in future years.

We would like to thank you in advance for your efforts to achieve a sustainable bass fishery in Cornwall and we look forward to reading your report to the next CIFCA Committee meeting.

The Save Our Sea Bass Team