1974 – MAFF published a scientific paper recognising the need for an MLS of 38cm as a protection measure. Angling organizations campaigned for an MLS to be introduced, to be at least 14 inches (36cm). 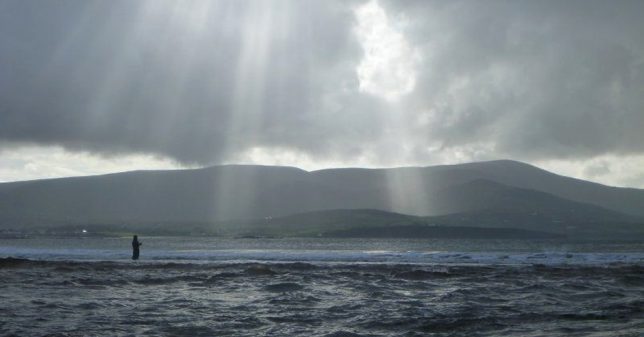 1981 – Minister of State acknowledged the need for an MLS of 38cm, but deferred the implementation to 1983, imposing an interim MLS of 32cm to allow the commercial fishermen time to adapt to the changed circumstances.

1983 – The Minister bowed to pressure from the commercial fishing sector and reneged on the previous decision, leaving the MLS at 32cm.

1986 – MAFF fisheries scientists proposed a package of measures – a MLS of at least 36cm, 100mm mesh size for gill-nets and closure of designated nursery areas.

1987 – MAFF published Leaflet 59, the most comprehensive study to date. It supported the results of the 1974 study. Quote: “…… raising the size at which bass are first caught in the commercial fishery to around 38cm total length would protect the spawning stock and increase the potential yield to the English and Welsh fisheries……”

Early 1988 – The Minister proposed legislation to support the MAFF findings, by way of a package of regulations:

The package was supported by most of the angling organizations (including the NAC, SALC, WFSA, NASA, NFSA and B.A.S.S). Tony Harrison (B.A.S.S chairman at the time) wrote to the Fisheries Minister on behalf of B.A.S.S., making the case for special status for bass as an ‘anglers only’ fish.

Mid 1988 – The Minister decided to severely reduce the net restrictions (banning mesh of only 66 to 89mm), to suspend the introduction of the nursery areas indefinitely, and to defer any change of MLS legislation until 1990.

End 1988 – A delegation from WFSA and NWASAC (Bryan Meade and Hefin Jones) along with Peter Tombleson OBE of the NAC, attended an all-party meeting of 11 MPs to present the case for proper management and conservation of UK bass stocks. As a result, 92% of Welsh MPs pledged their total support, and the Labour Party and Plaid Cymru decided to have the management of the UK bass fishery as official party policy.

1989 – Detailed local consultations held on a revised package of management measures proposed by fisheries scientists, including increasing the number of nursery areas to 34 to compensate for MLS of 36cm instead of 38cm as originally proposed.

Early 1990 – Package of measures introduced nationally, followed by an increase in MLS in the European Community to 36cm.

1994 – 1998 – 6 revisions to nursery area legislation, including extension of closed seasons and boundaries, 3 additional areas and the banning of sandeels for bait.

2005 – Defra launched consultation on proposals to increase the MLS from the current 36cm, with a corresponding change to the minimum mesh size for commercial enmeshing nets. Defra then published the responses and conducted a Regulatory Impact Assessment on the costs and benefits of the proposals.

2006 – Fisheries Minister Ben Bradshaw announced a change of MLS to 40cm, to be effective from 6 April 2007. During that time period the commercial fishing sector made representations, and as a result the Minister decided not to proceed with the new MLS until he had studied new evidence on discards. The recreational sea angling lobby then submitted new evidence, drawing attention to recent research by CEFAS.

To date (February 2008) – The historic procrastination of a succession of Fisheries Ministers continues, while bass stocks come under increasing commercial pressure. Immature bass are still being targetted.

Historical note: This article first was written specifically for ‘BASS and Bass’ and did not feature as a magazine article.