Bassing Via The Three ‘R’s

Bassing Via The Three ‘R’s

Bassing via the three R’s? What on earth are you talking about Jon, Reading, Riting and Rithmatic?

Not quite. The three ‘R’s for me are Routine, Research and Results. Let me start the journey through the three ‘R’s by taking you back to when I was a youngster in the 1960’s. Fishing was on a Saturday irrespective of tide, along the same piece of shoreline, with the same rig configuration and the same bait. It did produce lots of bass, with some being a very good size. In fact my father won the Falmouth Fishing Festival twice with bass in excess of 8lb. 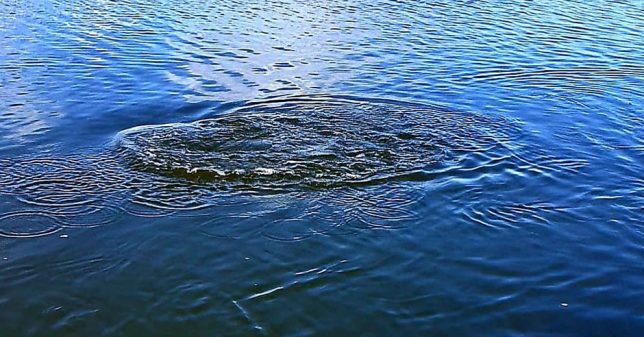 The method was as follows. Anchor the boat about 20 yards off the shoreline (in less than 8 feet of water) at a place inside the harbour. Rig up with a float, trace of around eighteen inches, attach a prawn to the hook and cast out from the boat. Then sit and wait for the bite. It was very effective, I can remember us catching 21 keeper-size bass during a bank holiday weekend, with fish under 2lb returned. Of course in those days there was little interest in bass as a fish in general, so taking fish home never played on our conscience. There were plenty around and it was … Routine. And we loved it.

As commercial interest in bass increased, so the number of bass caught dwindled. Strangely the number of juvenile bass we caught increased. Perhaps we caught so few before, due to the larger fish dominating the water and preventing smaller ones from feeding on our prawns. During the 1980s the fishing became so poor that my father sold his boat and gave up bass fishing, only occasionally taking up an offer of a boat trip with others.

I spent most of the 1980s working away, but in the mid 1990s returned home and took up the sport again, only to find that there were very few fish worth catching within the harbour. Even the number of juvenile fish seemed to be significantly reduced. It was time to go further afield and see if other areas held anything worth catching, or give up bass fishing altogether.

Approximately seven miles from Falmouth there is a large reef that cannot be fished with a net. We motored out to see if there was any fishing to be had. The result was zero, nothing, zilch. But why were other boats out there? After a couple of trips we became aware that the other boats were landing the occasional fish, so why weren’t we? Research, that’s what we needed to do.

We watched the other boats going out towards the Cardinal Buoy, to feather for mackerel then either drift, troll or anchor over the reef with long traces using live mackerel. We watched and watched, and still failed to catch a bass. Then one day we set up with a live mackerel on a 15 foot trace with float and…‘BANG? the rod bent double as a bass hit the mackerel and dived for the reef. What an experience – playing that fish around the pinnacles passing underneath as we drifted at one and a half knots. This reef is not for the feint hearted I can tell you, and it’s a dangerous place for all (not just the novice); but a bass-holding place all the same. More expense followed, with the purchase of a fish finder/depth sounder, a GPS to plot the reef pinnacles, and a bait tank with pump to keep the mackerel alive.

This livebaiting method was successful on some days but not others. We would often spend two hours feathering and only catch one or two mackerel, which was frustrating to say the least. Mackerel used to be so prolific in Falmouth Bay that when bottom fishing, it was often difficult to get your bait down through the shoals! Oh, for the good old days. More Research was needed to tease the bass out of this reef when mackerel were not readily available in any number. I also came across a 50 HP outboard that reduced the previous 50-minute trip down to 19 minutes, at speeds of around 30 knots when the sea is flat, making the reef more accessible during the light evenings. ‘Proper job’ as they say.

“Are we going to Mabe Shindig?” asked the wife. (Not going to be able to go fishing on Saturday went through my mind). “Yes, okay” I said. We got there around One O’clock on the Saturday and to my surprise found there was a tackle dealer’s tent on site. Excellent I thought, and spent most of the afternoon in there, whilst wifey and her friend toured the rest of the stalls. “What have you bought there?” Asked the wife. “Just a couple of odd bits for fishing” I said, holding a bag of the most realistic rubber sandeels I’d ever seen and an assortment of lead-heads.

Next trip out I put one of the sandeels onto a lead-head and cast out. After about ten casts I hooked into a bass of about 4lb. I thought, “Have I cracked it or what?” “This is it!” It wasn’t of course. It was the only bass daft enough to take this combination, trouble was it took me three sessions to realise it!

By now I had joined B.A.S.S, and found that the magazine and website articles were starting to change my approach to bass fishing. There was spinning, plugging, popping, fly fishing – things are now going to be different. For my birthday I was given vouchers for my local tackle shop, so off I went and purchased a spinning / plugging rod, with of course a few so-called ‘deadly’ plugs. Trouble was, nobody told the bass just how ‘deadly’ these plugs were. Or was I not working the plug properly?

I cast these plugs for hours, retrieving with the tidal flow, against it and across it. Nothing. I changed the retrieve speed, twitched it, did fast or slow retrieve, and still no bass! So how come the catch reports in B.A.S.S. stated that plugs were often the method? I even started to believe I would only catch bass, and regularly, if I managed to get my hands on the much-heralded Thunderstick that had gone out of production!

When mackerel were available we had some good catches, with bass to 9lb. Average size was 4 to 5lb – at least that was a Result.

Some meagre results with plugging occurred, to the point where it became a joke that my plugs were ‘once only’ catching devices, the outcome being that my continued plug purchases were exceeding my catch rate. Now that’s not right, is it? My fishing companions didn’t share my interest in this ‘new’ method, probably due to the difference between the effort put in and the appalling results achieved!

On the odd occasion that I went out alone, I would often ignore the mackerel and just plug fish. I did have little by little, an increase in success. I focused on specific areas of water where the depth was similar at particular tidal states, and noted that it was starting to work. I am not suggesting that I have this sussed, but my catch rate is now almost acceptable for the amount of effort put in. Catch sizes have increased too, with my best fish being over 6lb from a reef with less than three feet of water over it. On reflection, I did it all. Various tide states, different weather conditions, different lure movement and speeds, but not methodically. I therefore took longer to realise that a pattern existed that would increase my chance of catching. I have read it time and again in books and on the Internet … to get success you need to work at it … and believe me it’s true.

It has been a testing but interesting journey through the three ‘R’s, and it’s not over yet. “How come Jon?” Well, I’ve only gone and bought a fly rod! I know I need my head examined. So it will be a case of continuing the Research on the plugging, and starting with the fly. Mad? Who me? Not from my perspective. As I have said, my mindset has changed significantly since joining B.A.S.S. Catch and release (except the odd one for the table), different methods, lighter gear, different locations, different everything, and with perseverance … Results.

Thank you to all those who contribute to BASS and its magazine, you have given me an alternative to the Routine.

Is this year going to be a Results year or a Research year? Who knows, but it definitely won’t be Routine.