The first session of the season gets me all worked up. No reason to I suppose – other than many months cooped up inside watching the rain and the wind. It’s a pity that the first session’s promise often isn’t borne out in the results.

After many years bass fishing, and many years of ‘first sessions’, I can predict the following about the first bass fishing day of the year: the fishing will be poor; we may catch fish; they may not be bass; they may be; what we catch will be small; we will get cold; we will get wet; we will eat cake and drink tea; we will have a great time. Being out is the drug, knowing that the season has started, that there are fish in the sea again and I can spend the hours away from fishing watching the weather and working out when the next trip might be.

Whilst it may not fulfil its promise though, the first spring session can sometimes be the most memorable of the year. If it’s not the first then it’s the second and (sometimes) the third. These ones are usually well into May when it should start to get good. I know last year Matt and I had some great early season sessions catching what for England were good sized fish. The marks we fish can fish reasonably well early, as the first wave of bass move inshore and work their way up the coast. Only over many years can you start to put a pattern to this – well perhaps it’s a pattern that we put to it, rather than one the fish actually have, but we think its plausible. It may all come falling down about our ears this year – probably will if I know the fishing gods.

So I’m awake with eager anticipation that first day at 3.40am. The alarm is due to go off at 3.45am and I roll out of bed and sit on the edge rubbing my head; standard morning practice. But it’s the first morning of a new season in April, so I spring up and try not to think about the drive I’ve got ahead of me. The plan is to meet Matt at 7.30am on the slipway – a late start for us but its early season and the tide doesn’t turn until 8am so there’s no rush. But of course there is a rush – it’s the first day of the new season and the forecast is for sun and light winds, hopefully some fish too (although no-one we know has caught one yet).

We were confident on the phone the night before, but I’m not so sure. It’s cold for the time of year and there’s no predicting what will happen – we will see the Peregrine Falcons thats about all I’m absolutely certain of.

I can tell its cold outside as I walk like a ninja down the stairs. The coffee maker was pre-set and is ready so its in the car and off I go. Although it isn’t. Did I mention it was cold? I’ve got to scrape the ice off the windscreen first. By now I’m shivering.

I always think I’m going to get stopped and breathalysed on these early morning drives. Coppers must think that the only people out at such an early hour won’t have gone to bed and are up to no good. Matt and I have been stopped before. Inexplicably in a very remote part of Wales down a small road/track to the sea. The coppers must have been bored, or worried about sheep rustlers – or worse. I hate to think that they thought us likely candidates for either.

On the road at 4am and the M40 is busier than you would think. I try and keep a constant high speed whilst I switch channels on the radio. I don’t listen to Radio 2 – unless its 4am on a weekend morning and I’m on the M40. It’s the only radio station not playing dance music or romantic ballads. Both are not conducive to getting your head in the right place but its surprising how many fishermen are up and texting in – mostly carp anglers I hasten to add.

Anyway I know the roads so well that whilst I’m given myself half an hours ‘traffic’ time by half way I know I’m going to be early. The dawn has already broken. The sun isn’t up yet, but the light in the east has started to make its presence felt. I feel sorry for people who never see this. I hate getting up early, but its the best time of day to look upon the world as it should be viewed – with awe I suppose. The birds have been singing since well before the light and by now their song will be dying away as they start their day in earnest. ‘Up with the lark’ really does have resonance for anglers.

I blast down the A34 and past Newbury. The sky looks misty but I know it will all burn off and I wonder whether I will encounter some fog. A good sign we always say (no wind) but it also slows you down – and I don’t want to slow down. I want to get there, and soon. I’m going faster and faster and that’s not good. Time to slow down, the temperature gauge in my car says it 2 degrees – could be a slippy patch and the first I might know about it would be waking up in a hospital (at best). 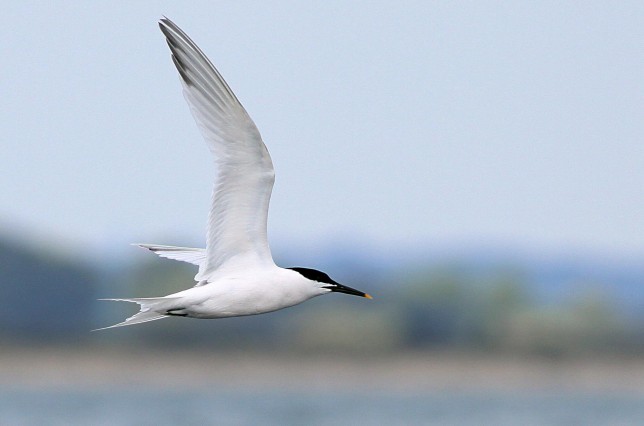 New Forest and the fog arrives, but it doesn’t slow me down too much and at 7am I roll down the slipway and park the car. Climbing out I stand and look out to sea, all urgency has gone as I savour the moment. Its calm, the sun is well on its way to warming the world and there are even Sandwich Terns making their melancholic double screech as their white bodies glint in sun. A sound I’ve waited all winter to hear – they have travelled further than I have. It’s just lovely to be back. 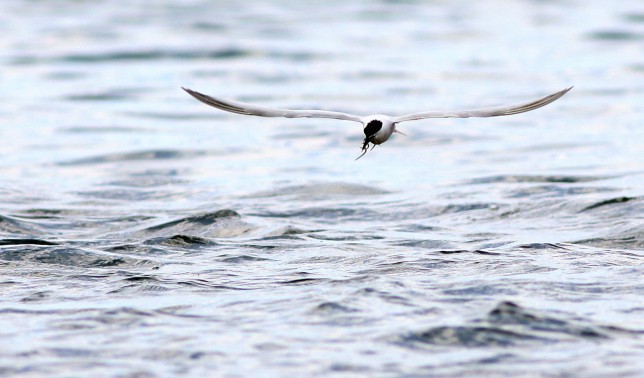