Footloose With A Fly Rod

Footloose With A Fly Rod

Earlier in this book is an article by Mike Oliver on flycasting tackle, with an account of how Mike and I developed a fly rod for saltwater bassing. The following is the first trial of the new rod. 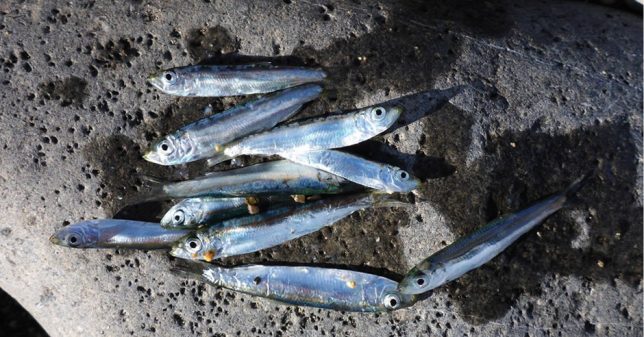 In the summer of 1995 Mike and I were in Ireland for a week’s holiday. Mike was by now wild with enthusiasm to catch bass on a fly rod. We were both prepared to adapt to the prevailing weather, and the intention was to travel around and use the fly gear as soon as we got a chance. Upon our arrival the weather became hot and sultry; Ireland felt more like the Mediterranean coast. Our first session started at 4.30am at a mark we fancied with a fly rod. Mike was happy to do the hard work with the fly rod whilst I decided to go prospecting with a spinning rod. It was very bright and hot but there was enough wind to give an 18-inch wave.

Out of the blue Mike was into a fish. He pointed to where the fish were and I spotted the odd swirl in the waves. After a good scrap Mike landed a 2lb 4oz schoolie. Having photographed it I ran to the car and assembled the new number 9 10’ fly rod I had recently finished. I was all fingers and thumbs, and stripped off some line and cast to where the fish had been. I had hardly started to retrieve and BANG, my first bass on a fly rod! I was surprised at the ferocity of the take and the doggedness of the fight. Eventually I was holding a 2lb 4oz bar of silver with a fly hanging out of its mouth.

We were over the first obstacle, the method worked! In the next couple of hours we caught and released 14 bass. At one stage my shooting head and fly were totally static on the bottom while I was sorting out a different head. Suddenly line was streaming seawards as a bass picked up the static fly! Some food for thought there.

That evening we returned and Mike had six and I had seven; again all 2lb 4oz to 2lb 8oz. At 8.30am the following morning it was bright, hot and flat calm; we blanked. That evening I had three. The next day we blanked again in the morning, but in the evening Mike had eight and I had seven – all on the fly.

By now we had found that the most productive way to fish a beach was to move around until we located fish, then move together and both catch a few until they moved on. Then we’d have to find them again. While doing this Mike hooked a fish, I moved next to him and also hooked a fish. To our astonishment, when Mike landed it, both our flies were in its mouth! More food for thought.

We also learnt to use constant hand-over-hand retrieves and good solid strikes to set the hooks. Hooks were carefully honed, and Mike squashes his barbs. The most effective fly was a 4-inch 1/0 or 2/0 white Deceiver. When we had the opportunity of fishing in a current we found that casting across and letting the fly sweep around was very effective. It was easy to fish over shallow snaggy ground using a ‘bend back’ style fly and a floater or intermediate line. Most of the time I used a shooting head. On the whole this made casting easier and meant I could carry several line densities in a small packet, rather than carrying several bulky reels. The main disadvantage with them is that it’s awkward to fish into a wind.

So there you are, our first experiences of fly fishing for bass. Twelve years on from that week-long trial and it still feels like a dream come true – a lot of thought and preparation culminating in a successful trial in Ireland. I hope this encourages you to “Try a Fly’ for bass.