Bass will usually search for food wherever it can be disturbed by currents, waves and other types of water movement.  Swimming quickly, they feed primarily by sight during the day, and by a combination of senses in murky water and darkness.  Their food is often mini-species of fish (gobies), juvenile fish (joey mackerel), isopods (beach hoppers) and crustaceans (crabs), and they will soon know when these are to be found in and around a feature. They seem to know that water movements will dislodge food. 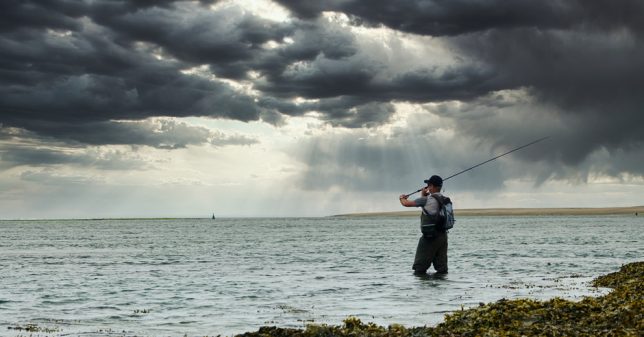 Being a predator the bass will hunt for sandeels at the normal sandeel habitats, such as sandy estuary mouths, shallow sandbanks and where freshwater trickles or streams into the sea.  They will also search for crabs, prawns, shrimps, small garfish, butterfish, gobies and so on where those creatures feed and hide, such as around pier and jetty legs, bottoms of sea walls and breakwaters, wreckage, large volumes of weed and so on.  In estuaries they search rubbly areas, bait beds, and man-made features for crabs, worm, clams, dead fish scraps and so on.

Surf beaches can at first look barren, but they often have sand hoppers, clams and miniature flatfish under the surface of the sand, which can be active at night, as well as being vulnerable to being thrown up by water movement. Offshore, bass will often take up residence if the natural food is in abundance, such as in and around wrecks and large seabed features such as depressions, sand or gravel banks and drop-offs.

Bass will also scavenge, especially on dead fish, damaged worms and shellfish thrown up by storms.  Some locations can have storms which cause carnage to one type of natural food, and at these times, or shortly after the storm,  the bass will be obsessed with eating it above all else.

Bass will pick off stragglers when mackerel herd their food fish (e.g. whitebait) towards steeply shelving beaches or coves.

In clear water bass will feed by sight, because the rewards are greater in 3-dimensional clearish water than by searching the bottom by scent.  In murky water they use a combination of smell and sight. So a general rule of thumb could well-be:  “When the water is murky, the bass have their heads down, and when it’s clear they will be looking up”.

Bass are attracted to sandbanks because the water movement can displace sandeels, shellfish and other natural food, especially on spring tides.  In rivermouths with sandeel populations, the sandeels can “come out to play” at the start of the flood. Sandeels are not inclined to be active in darkness though. 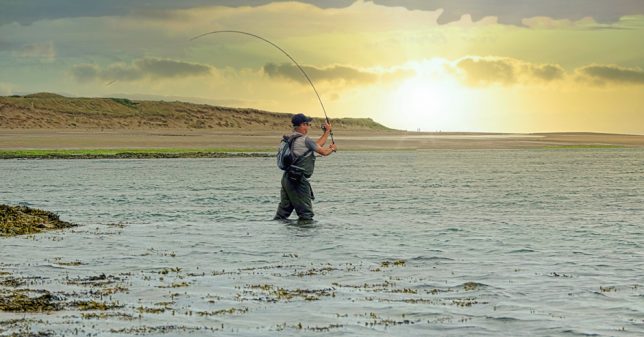 Bass also like places where there is something constantly entering the water, such as an outfall from an industrial processing plant (even if clean) or where freshwater streams or road drainage enter the sea. These can attract mini-species, which in turn, attract the bass.

Big bass tend to feed on bigger prey, so livebaits (e.g. mackerel, launce, garfish) and large deadbaits that give off a big scent (e.g. large crab, mackerel flapper, king ragworm, whole unwashed squid).  This is especially so after midsummer, when bass seem to go into “scavenger mode” in some regions.

If there are lug or ragworm beds around, schoolies / juvenile bass will be attracted to them.

In areas with rock ‘islands’, bass have been seen to position themselves at the seaward-facing side of a large isolated rock, and when the tide is high enough and pouring over the top of the rock, the bass will be bold enough to rise up to take a morsel, and be swept over the island.

Small bass are likely to wait around the downstream end of bottlenecks between rock ‘islands’, ready to nip into the stream for the odd morsel.

When a natural bait is ‘on’, bass will be very single-minded and will ignore other baits. Examples are: when there is a crab moult, sandeel colonies on the move, and mackerel shoaling and feeding around headlands.

At times like these, it’s often more effective to ‘match the hatch’ and present a bait, lure or fly that closely imitates what the bass are preoccupied with.