The Society was formed in 1973 after a meeting of bass anglers concerned about declining bass stocks.

Membership has steadily grown and now stands at around 500, with members coming mainly from the United Kingdom, but also from Ireland, the Channel Islands, France, The Netherlands and the USA. Members are from all walks of life and membership is open to individuals, couples and families. Some of the United Kingdom’s best known bass anglers are members. We believe that together we can work actively for the conservation, research and protection of bass, as well as sharing information on angling techniques to improve the success of fellow members. 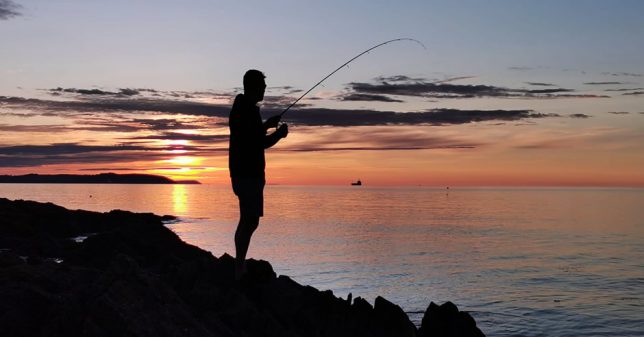 B.A.S.S. takes a radical view about bass conservation, arguing that the economic value of recreational bass fishing must be taken into account when formulating fisheries policy. In 1998 B.A.S.S. established the Restoration Project, with its own organisation and funding, to concentrate its efforts on conservation and the lobbying of the UK Government and the European Union to stop the commercial overfishing of bass. It is also working with other European organisations to establish common approaches to bass conservation and restoration.

B.A.S.S. believes that the bass has declined seriously in numbers due to commercial overfishing, and that anglers should display a responsible attitude to its conservation. We recommend to our members that a minimum size limit of 45cm be applied for the retention of fish, and that having enjoyed the sporting qualities of the fish, as many as possible should be returned. Many members return all they catch, whereas others restrict themselves to an occasional fish for the table. We also recommend to members a take-home limit of ten fish per season.

Members are often invited to take part in gathering information to support the Restoration Team, such as completing surveys and submitting scale samples for research purposes.

The Society is affiliated to the NFSA, and is a member of IGFA and MBA. The Society holds an AGM which is a combined meeting, which includes the election of officers and other formal business, presentations of specimen awards, awards for exceptional service to the Society, and talks and presentations by guest speakers prominent in the angling world. There are also tackle stands and other displays.

Angling weekends and occasional other trips are organised several times a year. These are held at venues around the UK coast as ‘fish-ins. They are not run as competitions; instead they offer a chance for members to get to know each other, share ideas and to fish new areas and/or techniques. A local member usually acts as organiser and guide.

Members have the option to join a postal mailing list to be able to communicate directly with other members to share information about bass fishing and conservation issues.

A quarterly magazine is supplied free to paid-up members. Each issue has information about the activities of the Society and its members, restoration and conservation updates, articles and readers letters. All members are encouraged to try their hand at writing for it. There is also an occasional newsletter from the Restoration Team.

The B.A.S.S. website is www.ukbass.com which contains information about the Society, bass fishing techniques, activities and events.

Historical note: This article is a composite of various items and never appeared as a BASS Magazine article.