Is There A Cure For Constipation?

Is There A Cure For Constipation?

Thirty years – goodness knows how many bass have slurped my offerings in that time, but I know they’ve given me a lot of pleasure, with of course a fair amount of frustration. But that is what fishing is all about: facing the challenges, seeking fresh information, trying new ideas, and ultimately triumphing.

There is one thing that hasn’t changed over the years. Bass fishing will always be a story of an individual’s communion with the fish. It is not something that can be taught, because first and foremost, this sport is all about studying the fish and playing your hunches. 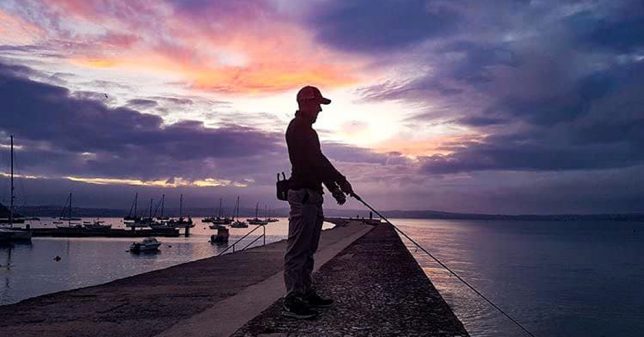 There will always be kind souls to point you in the right direction, but most bass anglers realize the need for secrecy now that bass are under such intense commercial pressure. So bass fishing will always remain a personal journey, flagged by triumphs and disasters, and long may it be so.

This Society was formed because the commercial pressure on bass was already too intense, mainly from inshore trammel nets. In those days very little was known about the species, most information having come from Donovan Kelley in England, and Malcolm Kennedy and P. Fitzmaurice in the Republic of Ireland. A huge amount of research has been carried out, and the weight of it has yet to impact on Government incompetence.

That certainly has not changed, and today’s bass fishermen are pursuing one tenth of the stock that existed thirty years ago. A savage indictment of the Government’s indifference to bass is the fact that the only legislation it has passed has been the protection of nursery areas. This, of course, has been a major step forward in preserving future stocks, and your Society helped put it on the statute book. But it can never be considered as anything better than a minimal bureaucratic effort.

The Society was formed about the time when commercial fishermen began discovering huge shoals of bass offshore, over banks and reefs, often in over a hundred feet of water. They were hauled up by the hundredweight and carted off to market. The gulls used to go crazy nearly every day off Beachy Head, but that hardly ever happens now. The upshot was that undervalued bass flesh was suddenly in demand, which expedited their downfall.

Worse was to follow, and I regret that I’m partly responsible for that. Only twelve years ago a commercial bass fisherman and I, working separately, discovered that large shoals of bass could be found around wrecks, and the way to catch them was to use live mackerel. We caught lots of double-figure bass and word soon got out. The slaughter intensified because anybody with a GPS and a livebait tank could easily catch suicidal lunkers. Since the heyday, catches have plummeted. Now we can take grim satisfaction that a lot of commercial bassmen are being forced out of business, are selling their boats and are finding alternative employment. But the damage has been done, not just by them, but by the pair-trawlers working the over-wintering grounds. Now there is a disaster that should have been avoided.

Bass may be scarcer, but they are still there to be caught if your tactics are right. Some of the old techniques have had to be adapted and made subtler, and new techniques have surfaced in the last thirty years. One is plugging, which is now the first choice for many anglers. Others prefer fly fishing, a technique with a large following. I remember writing about fly-bassing thirty years ago in Angling magazine.

It was Brian Harris, the redoubtable editor of Angling, who was instrumental in starting B.A.S.S. Brian, Terry Hill the art editor, David Greenough the advertising manager, and I drove overnight from London to Weymouth for the inaugural meeting. We had one of many camping wagons that Terry used to purloin for reviews, and we spent an uncomfortable night in it. I have to say that my night was sleepless as I was suffering from the worst case of constipation ever. I never made it to the meeting, but spent the day sprawled in agony on Clive Gammon’s hotel bed before the local chemist’s remedy took effect. My diet was dreadful in those days.

In those days, too, Bill Roberts was cutting down Penn Surfmaster 100 reels so that the spool was only about an inch wide, and Ian Gillespie was developing the ‘Bare Bones’ bass rod with lightweight rings and clips for reel fittings. That was before he invented the Breakaway lead weight. Doug Cooper was making his own hooks out of bicycle spokes. Nowadays, the range and quality of tackle is amazing. But it’s a pity that there are more seductive shiny things to buy than bass to catch on them.

And yet I don’t think the future is entirely gloomy. The biology of bass has adapted them for survival. Once they get sensible protection, their numbers should soon bounce back again. This presumes that Governments will eventually stop being so cynical and negligent about fisheries policy. B.A.S.S. has been working on this for years.

For many anglers the obvious solution is for bass to be declared a sport fish, and be given protection similar to that afforded to salmon and sea trout. Hopefully this will be enacted long before the Society’s fiftieth anniversary.

Or will the Government remain as constipated as I once was?

Historical note: The articles in Chapter 11 were specially written in 2003 to celebrate 30 years of the Society