Is there method to your methods?

The other day, when seeking to use the internet angling forums as a substitute for being on to the water, I read a post from someone relatively new to lure fishing for bass. He was pondering the worth of owning numerous similar plugs that all fish apparently familiar ways, when for example one of the most effective shallow diving minnows such as a feedshallow or a komomo II would suffice. Those that had responded seemed to favour his idea and there were a few comments about how a feeding bass will take anything. 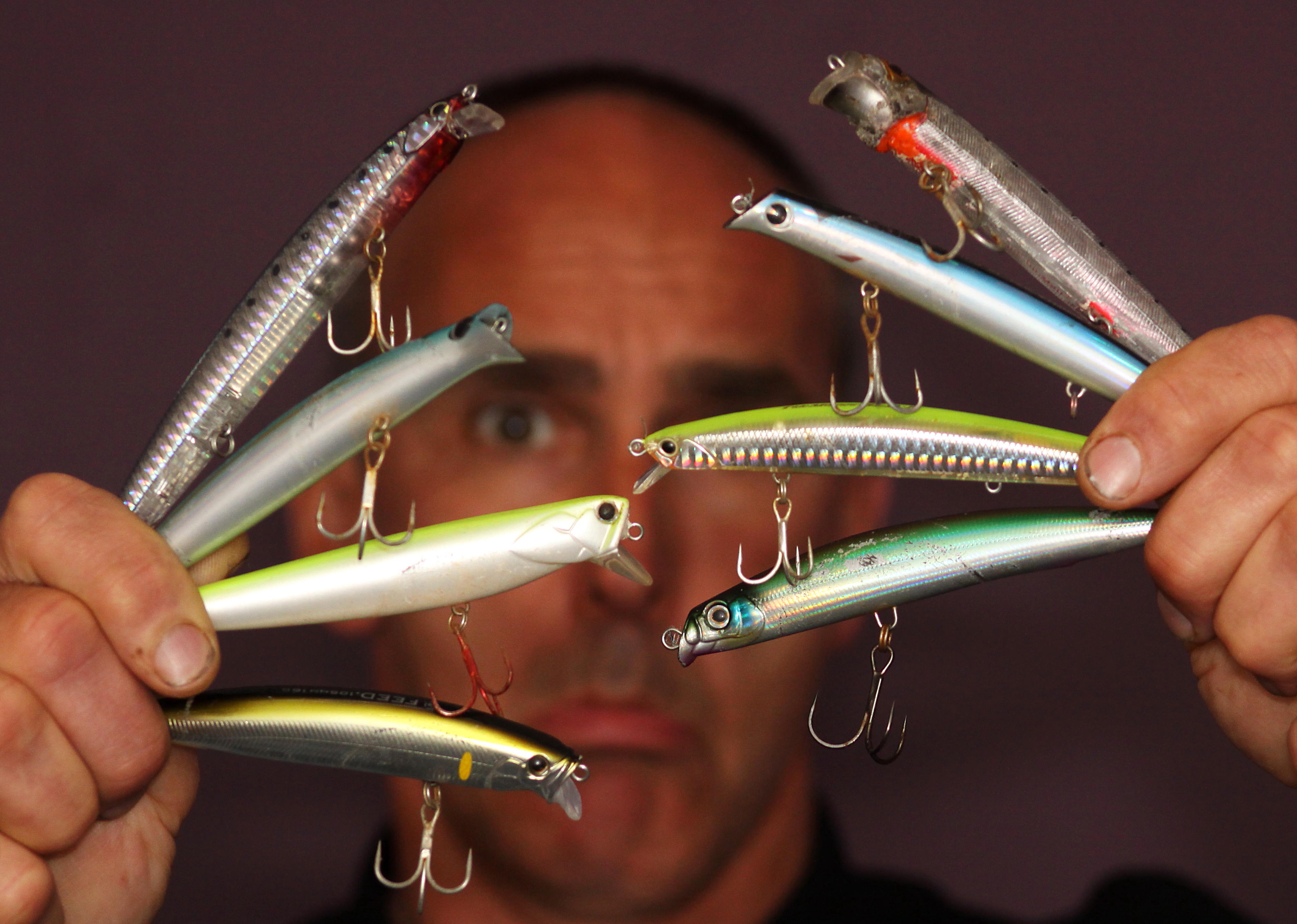 Similar lures – which one to use?

I pondered this question for a while, as although a firm supported of simplicity and economy in angling, I could also remember a number of occasions when owning just a single example of a particular type of lure would have led to a significantly less productive session. Amongst the long list of examples there was a day shore fishing in Dorset when bass were regularly smashing into juvenile herring all afternoon. Yet even though the water was exploding with the shrapnel of fish desperate to survive I found a barely moving Saltiga minnow resulted in bass (BASS members can see BASS magazine No 138 for the full story). Another memorable time was when of all the lures – including very similar soft plastics, only a dead drifted white Manns Hardnose worked resulting in a bonanza of bass.

When such things happen the first thing any thinking angler asks is why this lure at this point in time? Was this just a chance occurrence that the bass moved into the area in front of me or happened to switch on to feed at the point I attached that plug? In these situations (and many others) I firmly don’t believe so. This is because in much of my fishing it seems I can’t escape a background in research. So I try and be methodical in how I fish and when a possible trend emerges and I come up with a hypothesis why it might be occurring, I often put it to the test. At these times I probably miss out on a fish or two because of experimenting, but in the long term the knowledge gained probably catches me many more fish.

With bass fishing (as in all fishing) there are numerous identifiable variables that influence our success (as well as many we probably aren’t even aware of). These include light levels, state of the tide, time of year, lure colour, type and how its retrieved, just to name a few of a ever growing list. Yet given the number of factors that exist, plus the distraction of our wish to just fish, testing theories and drawing meaningful conclusions is somewhat tricky – though it does not mean we should not be closed to the idea of trying.

I guess I have an advantage that allows me to put things to the test more easily, as much of the time I spend fishing is in a small inflatable with my longstanding co-conspirator in bass harassment Julian Fox. We fish the same ground, at the same time, with similar methods, as well as sharing similar fishing experiences knowledge and abilities. These circumstances provide the closest I wish to get to running controlled experiments without having to swap our wading jackets for white coats and casting lures into tanks in a lab. Yet we don’t fish in a way that takes the fun from what we do; all we need to do is be aware of what we differ what we do in order to form theories and test them. This barely distracts us from our normal practice of talking rubbish about nothing in particular while having the time of our lives.

I freely admit what we do is a long way short of meeting the criteria of the purest of scientific experiments, HOWEVER doing what we do together, in the same place, in the same way probably controls for most of the factors that could explain the differences. So what varies is where each of us chooses to cast, the lure we cast and how we work the retrieve. So aware of this when we start up we never use the same lures, at the same time until a clear pattern has emerged. So as we vary things if one of us starts to do noticeably better than the other, we try and hold back from diving into our lure box and attaching something identical to the one wielded by the “lucky” angler. Obviously our dedication to being somewhat scientific is limited. If the other catches a lunker obviously science can go take a hike once the reflection of the monstrous bass in our friends arms has lit up our jealous eyes! Also if the score reaches a potentially clear-cut point (the unwritten rule seems to be around three nil) and it seems that chance may not explain the differences (although its only a one in 4 chance that one of two anglers will out-fish the other 3-0), again a point is reached where the unsuccessful angler will think; sod science I want to catch!

Sometimes as the failing angler swaps to the catching lure, the one wearing the luck pants (no we don’t swap these to see if they make a difference) will most gallantly try a different lure to see if it could be something to do with the fisherman and not the lure that accounts for the difference. My experience suggests that far more often than random chance alone would predict, it is a specific lure fished in a specific way that appears to be accounting for the differences, despite numerous other similar lures in our possession on the day proving themselves inferior in their ability to catch. We are obviously not always as methodical (call it obsessive if you prefer) as this, but especially in location we don’t know well yet, this is a way that leads us to learning more about the place and bass that swim there faster. 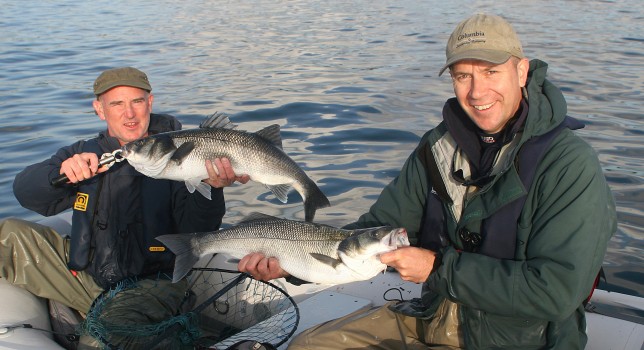 Sometimes it’s obvious both anglers are doing it right!

So going back to the forum thread, although I didn’t really like my answer, I could not help but conclude that possessing an array of similar lures when fishing for bass is more than just a male quirk that in others may lead to collecting of football programs, beer mats or train numbers. It is something that can on occasions result in more fish.

Fortunately for the side of me desperate to reject tackle tartism in favour of simplicity there is counter argument to the just a few lures conundrum. This is does someone who has total confidence in his few plugs and plastics spend more time fishing and exploring and less time sifting through boxes of tackle trying to decide what to try next, without properly trying all the variations of retrieve etc on each of the deceptions they hang their dreams on? I for one have total confidence in 4 soft plastics and around 4 hard plastics and despite having a collection of lures that would require me employing a Sherpa should I want to take them all with me to some of the remoter marks I fish, in truth I do 90% of my fishing with these few “A” listers. These items have a secret ingredient: confidence, so I fish them better and for longer so their success arguably becomes a self fulfilling prophecy. Yet for the days when it’s not happening I still carry around a dozen soft plastics and 2 dozen hard plugs in my bag 20 litre backpack. 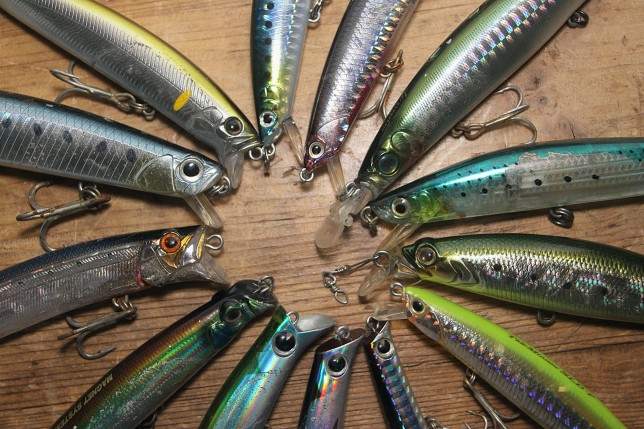 So I guess like so many other things in angling there is no definitive answer to the one lures vs versus many similar lures posed on that forum. What I do strongly believe is whatever you do in your bass fishing, be it with bait fly or lure, if you fish in a methodical way while trying to be systematic in how you seek to explain your observations, it may well make you a more knowledgeable and successful angler.