It’s All Been A Bit Strange

It’s All Been A Bit Strange by Jon Williams

Lockdown has had a significant impact on mine and other anglers lives, personally I have missed the Bass Anglers Sportfishing Society’s (BASS) annual general meeting in Gloucester and will miss the BASS Cornwall Fish-in at Looe planned for 26th to 28th June 2020, both cancelled due to the Covid-19 pandemic.

It has also meant that I missed the first part of my bass fishing season due to lockdown, I normally try to search out an early bass (normally a sizeable fish too) around the start of April when the first mackerel shoals put in an appearance around the Lizard peninsula. 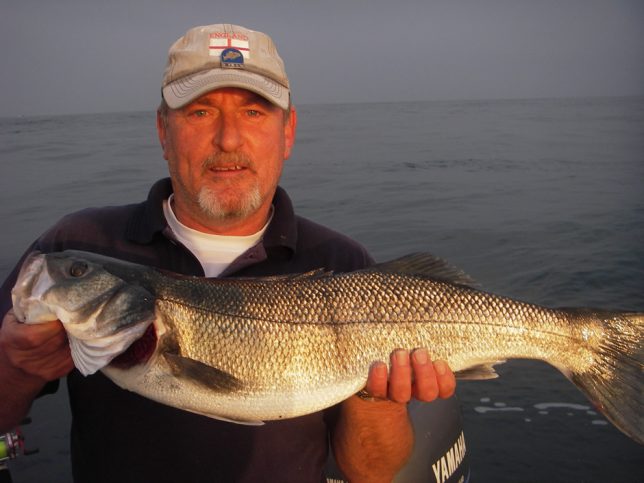 The early stages of easing the lockdown have allowed me to venture out to have a shore fishing session further up the south coast with my son and my mate (social distancing observed), also a couple of trips out in my boat. Launching and recovery from the beach has been a little more tricky due to being on my own, but the rollercoaster trailer means that I can do it successfully without hearing the ripples of laughter from any onlookers !

My first ventures were fairly unsuccessful with only a single fish of 36cm caught from the boat, after what I had thought had been a fishery that had not been exposed to the volume of commercial pressure that are normally seen, so I was somewhat surprised not to have seen any more bass, despite water temperatures rising well due to the recent warm weather. What I did see was quite a few shoals with hundreds of tiny fish that were no more than 15mm long, could these have been newly spawned bass fry? I would like to think so.

My boat trip in the first week of June was a little more successful with a slightly bigger bass of 43cm, my second fish of 2020, caught with a Savage Gear Sand Eel. A quick measure and with scale samples taken, I released the fish and watched it swim away to grow bigger and hopefully get the chance to spawn a few times before ending up on a plate somewhere. My hopes were now heightened and I fished on with renewed excitement (despite having been bass fishing for near on 55 years, I still get the rush of catching a bass) in anticipation of hooking up with a few more.

Several casts more and I spotted a larger 2-3lb bass stalking my lure, only to see it make a last ditch effort at taking the lure when it saw the boat, there was a single tug on the line then I watched it turn downwards and disappear into the depths.

I know there are some who practice total catch and release, but I am comfortable with taking the odd bass for the table, normally one that has been badly hooked or one that in my mind is sufficient for a meal for myself and my wife. I am very aware of the pressures that bass stocks have been under, so I only take a maximum of six fish a year, all of the others (and there have been many over the years) are measured, scale samples taken and then released.

I am now going to try taking girth measurements too, as these are being collected for research into bass length / girth / weight estimates. To do this I have manufactured a short section of large plastic guttering the length of the BASS measuring tape, closed off the ends with caps and glued a BASS tape inside the bottom, so when fish are landed they can be laid into it with a wet cloth placed over the head and body and with their nose against one end, making measurement easy and hopefully ensuring the fishes welfare during the girth measurement and scale removal.

I hope that the lack of bass in my area is down to offshore shoals of baitfish keeping the bass interested, rather than unseen catching activity by using unethical methods such as small mesh sized or incorrectly set nets, it would be nice if bass were a ‘rod and line only’ caught fish.