I love fishing and have done ever since I first dangled a line when I was about 6 years old.  But recently I have fallen in love with another…

I had hardly looked at, let alone used a lure until 2011 but oh how things have changed since then.  My particular weakness is hard plastics designed for catching bass.   I have bought hundreds of them.  Am I mad or ill, or maybe both?  I don’t think so but I am not certain.

I guess the lure thing really started for me around Easter 2011.  Over the proceeding years, my fishing (totally coarse at that time) had begun to evolve from static bait fishing for mixed species, to a more mobile approach for specific species but still using bait, and then (end of 2010) onto pike and perch using lures.  I really enjoyed the lure fishing and decided to try a bit in the sea (literally a first for me at that time) targeting bass while I was with my in-laws in North Devon for the Easter break.

I popped into Veals in Bristol for a chat and to see if I could gain some idea of where to fish on my first attempts at bass with lures.  I left the shop shaking slightly, partly due to excitement but mainly because I had just spent £22 on a plastic fish!  Prior to that purchase, my lures were simply a handful of Abu Jointed Tormentors but now I was the proud owner of a Duo Tide Minnow Surf 135 in white (the “must have colour for North Devon” I was informed by the kind man in Veals!). 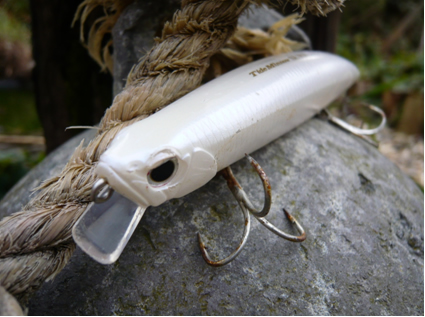 “Never again” and “they were so helpful, I had to buy something” I told myself on the way home.

Three days later and I was at it again – different shop, different county, different advice but the same outcome, 3 new lures for my collection.  The one that excited me most from my latest trio was the Duel Dolce 125F in a bloody mackerel pattern.  Instinct served me well and later the same day, and at the first attempt, I landed my first lure caught bass on that very lure. 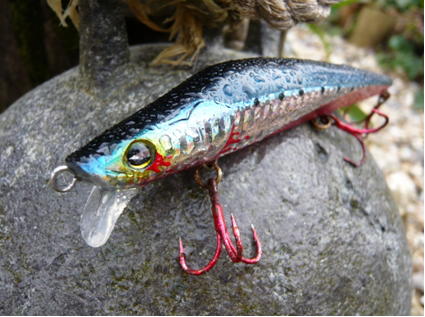 The next day I went out to a different venue with yet another new lure (you can see my problem) and caught again, “this is easy” I thought!

Fast forward a few months and in spite of several more outings, I had still caught just the two bass.  One of those outings saw me revisit one of the marks where I had success before.  That success was on a beautiful spring evening with only a gentle swell to ripple the surface of the clear water.  My return visit saw me faced with 3-4’ of angry wave pounding all around me and a colour to the water more akin to a flooded river than the sea.  Not easily put off, I started chucking my lures out as best I could in the strong wind but most of them simply couldn’t cope with the conditions.  I went home thinking “I need to understand more about these lures and what they can and can’t do”, a point that up until then had slipped me by since all my sessions had been in such calm conditions.

Now, I like to learn to do things myself (I taught myself to fish and am still the only angler in my family) but I knew that I needed to get some guidance with the “what lure for rough seas and strong winds” question that occupied my mind.   By now I had joined a couple of forums and came across a few lure fishing websites that expanded my very limited understanding of lures amazingly rapidly.  I was quickly absorbing all these brands that I had never heard of and was also remembering the names, colours, diving depths, weights and so on with alarming ease.  If only I could retain detail related to my work this well!

Having amassed a hit list, sourcing them was the next job and it often wasn’t easy but this just added to the fun.  I scoured the internet and often found myself on sites based in Japan, USA, France and Spain to name but a few.   I soon noticed that prices varied, sometimes massively and wanted to find the cheapest supplier of all on my list.  There was only so much money available to me so I did the previously unthinkable and I started to sell some of my course fishing tackle to fund these new guaranteed bass catchers!  I was enjoying all this shopping as much as I was catching the occasional bass.  Soon there were Z Claws and Zonks, Komomos and K-Tens, Sasukes and Shore Line Shiners, Hide Shallows and Feed Shallows hiding my door mat on my return from work.  But these are all well known lures, and my reading and conversations (I had now made friends with a few bass anglers, some with similar “issues”) were bringing some rare and exotic lures to my attention.  Some of these lures were only whispered about and when you put names into Google, only a few sites, and all in Japanese if anything at all was returned.  I needed these lures and needed them quick!!! 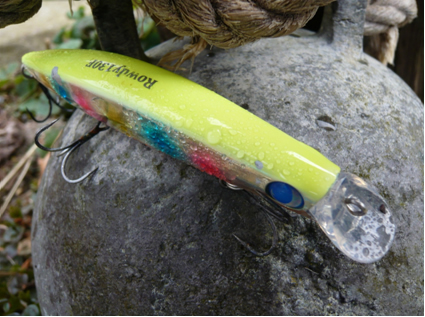 So, two years on and have I changed?  A little but I still love hard baits.  I don’t buy many now and many have gone to pastures new (including a few submerged rocks and edges of reefs around Devon) but I still look at new lures all the time and simply love doing so.  I have learnt so much about lures and bass fishing in the last few years but I know that the learning simply never stops.  I am now far less likely to buy lures based on other anglers doing well on them, but I do buy when I find myself fishing a mark or conditions that I feel that I have been unable to get the most from due to not having the lure(s) to do so.  That said, I sometimes kid myself of this and buy a few regardless 😉 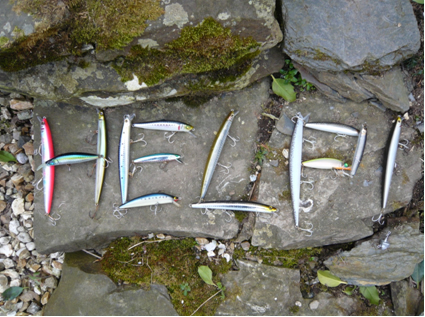