We all have our favourite lures, those that inspire high levels of confidence in their ability to tempt bass when other lures will not. Some anglers get more than confidence with certain lures though, and just feel outright lucky. What I feel with one of my lures is something altogether more powerful.

I acquired my 2nd hand Sardine Tackle House Feed Shallow from an eBay seller in Japan in the summer of 2011.

Its first swim came a few weeks after its long flight (sufficient time to allow recovery from jetlag) along the Pembrokeshire coastline.  I was spending the day fishing with my friend and fellow BASS member Matt Powell.

We had stunning conditions that day, 2-3’ swell, overcast and just a little wind so it was no surprise when Matt connected with a bass early on.  Luckily for the bass, it managed to slip the hooks just as I was preparing to scoop her up.  I was next up, hooking and promptly parting company with what I am convinced is the biggest bass I have ever been attached to (but aren’t lost fish always the biggest?). 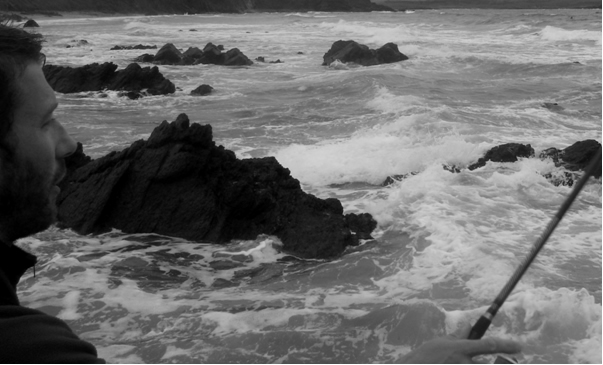 We then experienced a lull in fishy activity but happily ambled along the coast towards a super shallow area that looked very likely to throw up a fish or two.  I settled onto a small rock and looked over my lures, keen to select the right one for the lovely shallow ground in front of me.  I launched out the Sardine Samurai and its magic was immediate as a bass had a go but didn’t hook up.  “Bass in front of me, Matt” I called as she flew out again.  This time there were no mistakes and a bass was soon in my hands, quickly followed by another a few casts later. 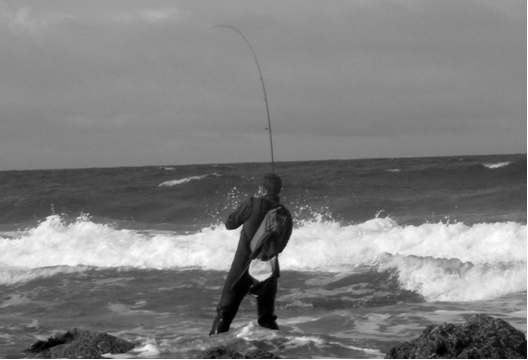 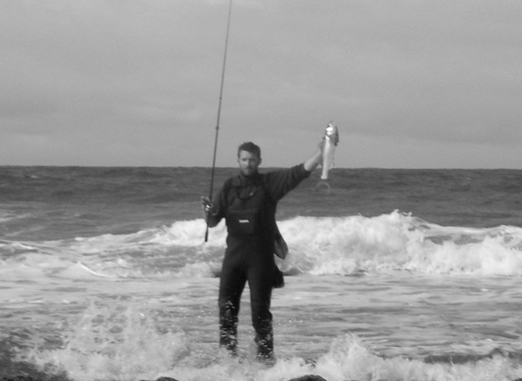 After a hectic period, we walked up the beach for some much needed refreshment very happy with a few bass between us and an afternoon of fishing in front of us.  I was very confident that we would manage a few more fish before the end of the session.

However, disaster struck not long after we resumed play as my beautiful Feed Shallow became very firmly attached to some kelp on the back of a rock about 30 yards out.  In spite of my best and lengthy efforts she would not come free.  The tide was pushing in hard and it was too rough to contemplate a swim so with a heavy heart I pointed the rod at the rock and pulled, knowing that it was likely that I would never see the lure again.  After steady and increasing pressure, the leader parted company with the braid and I was left with limp line.  I could see her for a few fleeting moments being buffeted in the waves before the rising tide hid her away from me forever.

I did what any respectable lure angler would do and sulked like a child.  Determined not to loose another I clipped on a surface lure and skulked along the rocks fishing here and there as I went.  Over my shoulder I could see Matt fishing near the grave of my lost lure so I moved further away, against the tidal flow trying to shake the feeling of loss.

About 30 minuets or so later, and a couple of 100 yards along the rocks I sensed something; it was like I was being watched.  I looked behind me certain to see someone but nobody was there.  I don’t know why I looked down at my feet but I did and I simply could not believe my eyes, she had come back!  Some how the magic lure had detached itself from the kelp and “swam”, seemingly against the tide to find me!  I picked her up, held her aloft, cheered and very quickly put her back in her slot/bed in my lure box swearing not to swim her again.

I stayed true to my word for all of an hour or so.  The increasing depth provided by the incoming tide soon had me contemplating returning my super-lure to the clip.  “Just a few casts” I thought to myself as I gently attached her. Those few casts produced another pair of bass and the last fish of an excellent day. 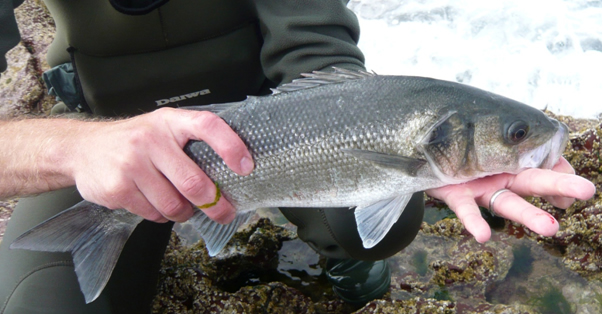