In light of the new regulations, recreational anglers now face a six month catch and release period for the first half of 2016. Whether you agree with this or not, it seems a logical time to take a look at fish welfare and what we, as anglers, can do to minimise damage to the fish we catch.

The most obvious place to start is at the business end – the hooks! There has been considerable engagement and discussion flitting about social media regarding de-barbing trebles, removing excess hooks and replacing stock trebles for singles.

It makes sense that by sticking less hardware into a bass, then the less chance you have of causing unnecessary harm. Not only does it reduce damage in the mouth area but more so to the side of the head and the gill plates. We have all caught bass on a plug where it has nailed the back treble in the jaw and the trailing hooks have stuck into the side of it’s head. Switching to singles reduces the chances of this happening and reduces unnecessary destruction of the scales and flesh.

I want to take a close look at the single hook debate and offer up some helpful tips and tricks to make the switch a little easier. 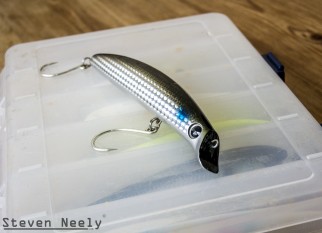 Put aside the doubts …

For many, the first reaction when talking about single hooks is often, ‘surely I will loose more fish?’ I can see the initial scepticism but when you take a step back and look at a bit of physics, the science suggests otherwise.

If we take a treble hook, which of course has 3 points, and apply ‘x’ amount of pressure – this pressure is dispersed across all 3 points. If we take a single hook and apply the same amount of ‘x’ pressure, it is all being directly applied to that one point, not spread over three.

So imagine you hook a fish using a treble and assume all three points contact the mouth, you strike and ‘x’ pressure is applied and the hooks bury in and set. Now hook that same fish using a single hook and it will penetrate much deeper when ‘x’ pressure is applied because there is more pressure being put on a single point and not spread over 3. This will result in a better hook set and therefore a stronger hook hold.

If we take a look then at salt water fly anglers, very rarely will you see anything other than a single hook on their flies. You don’t hear of many complaints from them, granted they do not have the same leverage on the hook hold from a fly compared to a plug but on a worldwide scale they land much larger fish than we do.

The same thing can be seen when fishing for bass with soft plastics – only one hook point and there is no marked decrease in landing statistics compared to hard plugs with trebles.

I take the point, (no pun intended) that by reducing the number or hook points you decrease the chances of a successful hook up but in practice, I have yet to experience any real, noticeable change in my hook up ratio on lures rigged with only singles. Fair enough, it may lead to the odd unsuccessful encounter but is that really a big issue? Would you rather miss one or two fish in a season due to changing the hooks or have to knock one or two fish on the head because of unnecessary and avoidable hook damage?

As anglers we have no control over the size of bass which grab our lures … in instances when we land an immature fish or a fish of prime breeding stock, then it is always paramount that they are returned in the best condition possible. 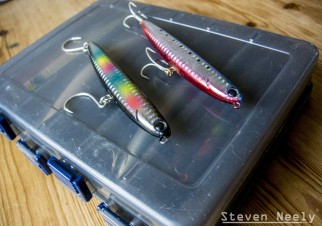 For those who want to start integrating singles into their plug hardware but not go the whole hog, then why not change out the middle treble on your plugs for a dedicated single hook? This will of course cause a little less damage and start to introduce you to the world of singles. In time, and as confidence grows, you can make the switch to change them all!

Anyone wanting to dive in at the deep end, you may have a little trial and error on your hands, depending on the lures you choose to use. The majority of lures will take singles without any alteration or tweaking but some super, shallow running lures like IMA Komomo II or Tackle House Feed Shallows can be a little bit temperamental. Their balance is so finely tuned that their action depends on the weight of the hooks to keep them stable. Therefore, when you remove the trebles you consequently remove the stabilising weight and it can kill the action altogether.

This can sometimes be counteracted by using split rings to replenish the missing weight and in turn, stabilizing the plug. Like I said, it may take a little tweaking for some plugs but generally, most handle the switch without any problems.

I have made the change on a number of my diving plugs and noticed no noticeable difference in hook up to landing ratio. Last season, I also began to experiment with single hooks on my surface plugs but I haven’t given them enough water time yet to really come to any strong conclusions but so far, so good!

Hopefully, this will give you a little food for thought and I understand it won’t be for everyone…but what’s the harm in giving it a go on one or two of your plugs this coming season and see how you get on? Judging by social media the topic keeps cropping up so I’m sure there are a good few members out there who will be keen to hear everyone’s experiences. 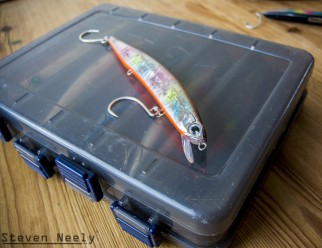