Here on the BASS Blog, we tend to stay away from doing too many gear reviews. They get well covered elsewhere, and people get pretty animated about it all. However, the new Feed Shallow has to get a mention.

The Tackle House Feed Shallow has become a must-have lure for many bass anglers. It’s not the greatest casting lure compared to some, and not the cheapest lure out there. The killer feature though is it’s ability to run shallow. It probably runs at something like 30cm (depending on how fast you work it, and where you position your rod tip), which makes it an ideal lure for fishing one of the favourite hunting grounds for bass … shallow reefs.

Such is the effectiveness of the Feed Shallow that some even claim it to be a ‘novice’ lure, as it’s almost too easy to work … just cast it out, and crank it back. Plenty of experienced and successful bass angler have it squirrelled away in the armoury though, so don’t get fooled by it’s simplicity. The rolling action is easily activated, and bass readily hit it. Some don’t like the standard hooks fitted, and choose to swap them for stronger versions, but others have no such issues.

It’s accounted for many quality bass, and some bass anglers won’t leave home without 2 or 3 of them in the bag (you do suffer losses with this lure, due to the nature of the ground it typically suits). 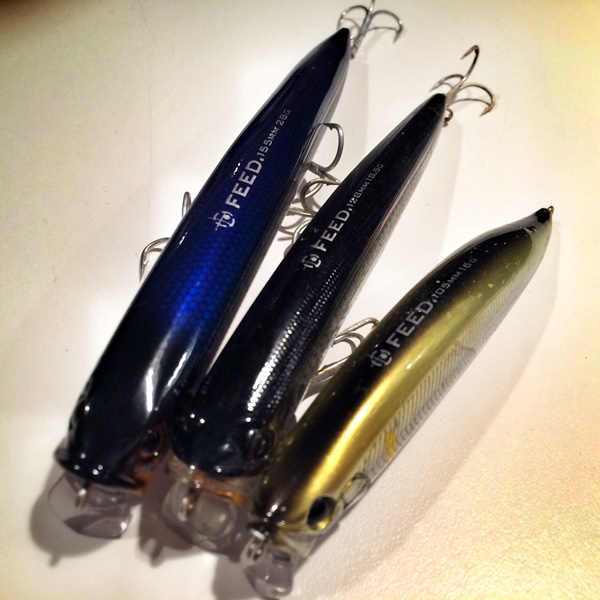 The big news though is that we now have a 155 version, weighing in at a hefty 28g ! It was released in Japan at the end of last year, and some UK anglers have already imported this version in readiness for the new season. No doubt the UK tackle shops will have it soon.

One of our intrepid Blog team imported a few, and received his delivery back in January. It took just 4 casts to score it’s first bass (sorry for the poor pic quality – a quick iPhone shot). It casts well on the right rod, and swims much the same as the regular 128. The slightly larger profile will appeal to some anglers.

There are of course many suitable alternatives to the Feed Shallow, including the Terrif DC12, Jointed Thunder Stick, Sasuke 120, Komomo II, Daiwa SLS, etc …. 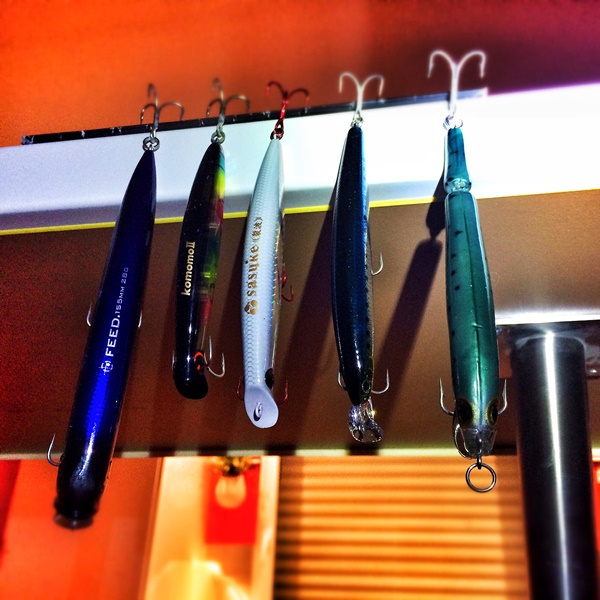 We’re not recommending everyone rush out & get this new Feed Shallow, but as it’s winter, and there’s not much bass fishing to be had, a bit of tackle chat can’t do any harm eh !