So water temperatures are up, but the sea is mucky. The ‘classifieds’ have been busy this winter, & there has been a recent final flurry. Some spluttering signs of bass reports appearing. The usual patterns, localised, sporadic, inconsistent …. it’s early-season.

Bait is probably a better bet, but that doesn’t stop the ever-eager lure anglers. Slow & low is the accepted norm, but some will still skitter a surface lure in ever-growing anticipation. Signs of baitfish are sought, but of course it’s not all about baitfish …. especially at this time of year. 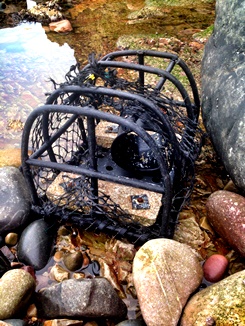 A final push of preparation. New hooks, new split rings, a few new must-have lures, a net, a camera, all the tools for a new pb. We also have to re-learn many of our marks, as the winter storms shifted sand, rock, cliff & path. The signs of the carnage are littered along our coast.

What will be the defining feature of the season ahead? A new pb? Great numbers? Easterly winds? A long hot summer? No two seasons are the same, so anything is possible. Will you work hard & grind-out a big season, or will you just fish a few times around family holidays? Do you define your season by its biggest bass, or a range of species, or that one special fish on a home-poured soft plastic?

Away-trips form pillars of the season. Ireland, France, Tenerife, Long Island, Norway, Oman, all will be visited by regular bass men. It’s not all about the local marks, albeit that’s our bread & butter. We must have dreams though, be they that big local fish off that special reef or storm beach, or that drag-screeching monster a world away.

We’re all in it together. It’s an unseen bond. We approach it in different ways, with different motivation & differing goals. It’s a primal instinct. Long may it be so. Be gentle with each other. Good hunting all !!