I went down the Van Staal route some time ago, basically because I wanted a reel that wasn’t going to let me down. Experience up to that point with the various fixed spool reels available (late ’80’s and through to the early ’00’s) had been disappointing, though it has to be said my (and my fishing companions) usage of them was probably outside the warranty, i.e. in that they got submerged quite a bit (we were already fishing in wetsuits back then). 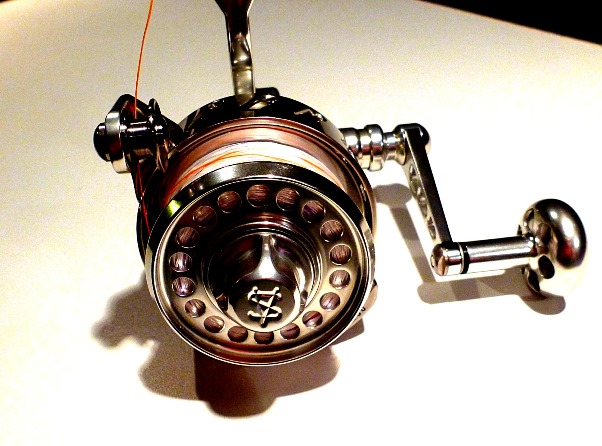 Anyway, prior to my first trip to Montauk, I decided that I was going to make sure I didn’t end up in the same situation that I had been left in, on occasion, by my current reels. My first VS (VS200) was bought back in 2005 and believe me spending $619 (now $739) was not a decision I took at all lightly. At todays rates that was £384. I think some people look at Van Staals and think: ugly, agricultural and monstrosity, and when they try to ‘twirl’ the handle, recoil at the resistance compared to the multi-ball bearing ‘modern’ reels. But, of course, they might be missing the point. The VS might well appear to be something from the dark ages (though, personally, their appearance appeals to my aesthetic) but they will continue to function long after most other reels have seized up . . . depending, of course, on how the reels are used. 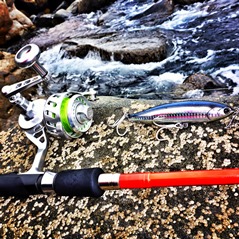 Suffice to say that the functionality was a revelation, and I would not now revert to more ‘regular’ reels. I’m not saying that there are not great modern reels on the market, because quite obviously there are . . . but what isn’t so readily available are reels which are ‘bombproof’. Reels which will survive being constantly dunked underwater, used underwater and survive three weeks of near constant usage in less than salubrious conditions . . . and keep going, AND, not require any maintenance. One favourite trick to demonstrate the VS’s ability to survive, and I’ve seen it done on several occasions, is to dump rod and reel on the beach and heap sand over the reel, then pick the rod back up, step into the surf, swill the reel in the seawater, cast, and then retrieve. Yes, there is a little grating and graunching but it doesn’t refuse to work and a few casts later and you wouldn’t know it had been subject to that ‘abuse’.

Van Staals will break and need parts from time to time but they repair well, and you do not get yours sent back with a note saying “it’s not worth fixing because its full of sand” as I’ve experienced from other well-known brands! All reels, even Van Staal’s, do require some maintenance. The ‘old’ versions were only servicable by Van Staal themselves, but the modern ones can be self-serviced with a kit that can be bought for just shy of £80 and which will, in fact, allow you to service the reel three times. There is also the option to send the reels back to the USA for a service, or to the European dealer in Germany. 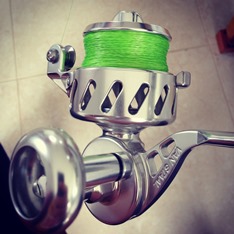 d to have my ‘regular’ reels sent to the UK dealer to be serviced and the cost was (and this was a couple of years ago) £38 or so each . . . and in between I replaced bearings myself a couple of times. I also ended up putting one in the bin a little later when it just became unusable. But, again, I have to qualify my comments by saying the reels were getting occasionally dunked in salt-water, and I don’t think most of todays reels are designed to take it.

I’m not sure why (I think I thought it would be easier to use than the bailess version), I decided that I needed a bailed version of my 150, and in 2007 I duly shelled out $739 (£458) for the VS150B. I’ve barely used it . . . because, in truth, once you’ve adapted to, and got used to not having a ‘bail-arm’ you realise that you don’t ‘have to’ have one. Plus there is a large weight penalty for the bailed versions.

The real value of this reel for me is the fact that in 20 days of hard fishing in the USA I do not have to spend precious time repairing it and servicing it like I did when I first went with some other reels, because they had seized up, and were full of sand. Does it make sense to spend the best part of a day that is costing you over £100 on a 20 day trip servicing a reel, and on top of that you might miss the best fishing of the trip? This could have happened to me this year when I had 30 Bass up to 25lb in a 4.5 hour period. I never repeated that level of fishing again on the trip. It does depend on your hunger of course, but to have missed that stella day just because of gear failure, and to have heard about it, would have been crushing. 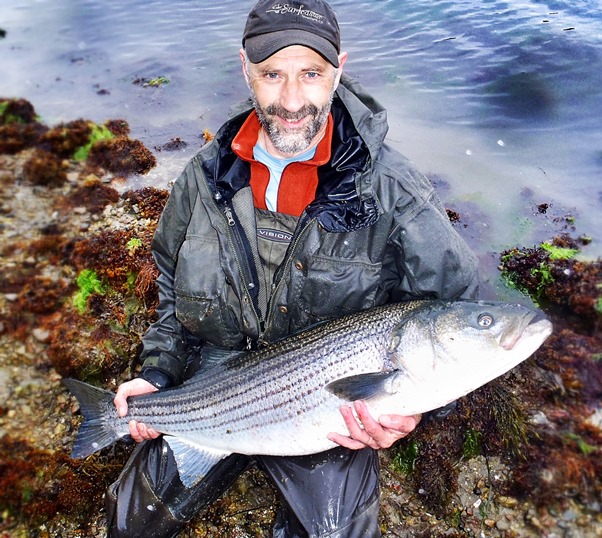 The line lay is far from perfect, its hour-glass shaped, but it does not matter very much in a real-life fishing scenario. Too much value is sometimes placed on nice line lay which does not get you much in extra distance. I fish mine underwater, yes I reel it underwater with no problems, but if you do that it does need servicing at shorter intervals. Look after your VS and it will look after you, but you do not have to ‘baby’ it one bit.

So to sum up . . . yes, Van Staal’s are expensive compared to ‘some’ modern reels, and, yes, they are ‘agricultural’ in appearance, also yes, they are not as silky smooth as multi-ball bearing reels. BUT, they absolutely will not let you down, and getting a ‘proper’ service is not difficult. Both my reels feel as good as new and I’m sure are going to give me many more years service. I like to fish, and my VS’s keep me fishing when other reels would have given up the ghost way before ‘I’ am prepared to.