Outside, January is outdoing itself with an impressive show of strength. It’s been at it now for weeks, but inside its snug as I sit here staring myopically at a bewildering array on the screen. Yes, I have at last been forced to join the ranks of computer owners by Will Tuffy and Andy Davies who reckoned I’d take to it like a bass to a sandeel. Wrong! After three weeks of key bashing and chasing the mouse all over my desk the bloody thing still won’t do as it’s told and I’m running out of life.

However, the beginnings of this story lay in the dim and distant past, in a time long, long ago when I was a strapping lad with lots of black hair and a handsome clean shaven face, (I did say it was long ago). In those days of my youth I used to frequent the meandering rivers and streams that lay about Bournemouth, on the south coast of England, fishing for perch, roach, rudd, silver eels and anything else that I could get my hook into. This usually entailed cycling for miles and then walking across fields full of tall grasses each with swollen pollen sacks, all of which seemed always to be on a level with my nose. There were three of us. One all fingers and thumbs who later made it big in Australia, the other so short sighted that he had been known to stare for hours at his float when in actual fact that float was hanging from a tree on the opposite bank, and I was the one with chronic hay fever. 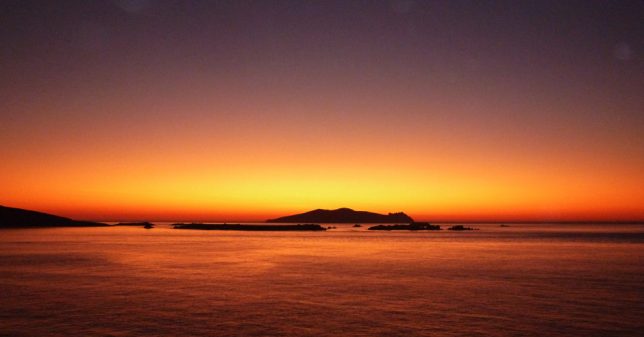 We were not the most successful of anglers. We blundered our way through the countryside looking for swims that held anything remotely resembling a fish, but of course, most of the fish had long since vanished, alerted by our noisy approach and by my gut wrenching sneezes. I had to leave the locating of swims to my mates for by the time I was halfway there, my eyes were so streaming with tears and I was so week from my sneezing that I could do little except pray for rain to wash all the pollen away. I took to wearing a surgical mask, much to the amusement of the other two, but alas to no avail. The blasted pollen crept in round the sides, underneath, over the top and even, I swear, in through my ears. I suffered on and spent three very miserable months of my life each year praying for rain.

I thought I had cracked it when I changed to fishing for pike in the cold months of winter. But that time seemed to coincide with the return of the ice age and I spent more of my time poking, cutting, hacking and bludgeoning holes in the frozen expanses of rivers and lakes, that always seemed to greet me on my arrival, than in actually fishing. I never even saw a pike. On several occasions I fell in whilst beating a hole in the ice and had to cycle all the way home soaked to the skin and frozen. So I finally gave up on that idea also and in desperation turned to sea fishing.

Now there was a thing. In the middle of summer, beaches without grass, rocks without pollen and the ocean blowing ozone straight up my nose. And congers and other fierce looking beasties that weren’t put off by my sneezing. My Mother too, was delighted as the cloud of bluebottles constantly hanging around our house – the legacy of my maggot farm – finally disappeared to let the sun through. Instead, the fridge became home to ragworms and crabs and the garage was converted to a foundry for making lead weights. At that time also, I developed a consuming interest in motor bikes which, whilst allowing me to roam further afield with my rods, also kept me at home a lot recovering from the odd prang.

And then I came to Ireland for a holiday, to stand on the storm – swept wastes at Inch and at Brandon facing 3000 miles of salt spray that cooled down the nose and drove the sneezes away. I knew then, on that first ever visit that this was the place for me. The fact that there wasn’t any electricity here at that time and that very few people spoke any English west of Dingle didn’t seem to matter at all. So three years later my wife and I packed up our jobs and in November, following a holiday that autumn, stuffed everything that we owned into an old Volkswagen Beetle and moved over for good.

The first setback came at customs. They didn’t know what to do with us, after all you must realize that in the late 60s the Irish were getting out of Ireland to work in the big cities abroad and here was this daft Englishman going the other way. In the end though, they let us go because being Irish, it was easier that way, and we soon found and moved into a flat in Dublin. A far cry from the beaches of Kerry, yes, but there was no work in Kerry and we were broke. Then just before Christmas, before I could even find a job, I came down with appendicitis!

After that things went a little better, well, they couldn’t exactly have got any worse, and for two and a half years I worked in Dublin as an internal auditor. Most weekends we would travel the 220 odd miles to Kerry, in some of the most awful old crocks you could ever imagine, looking for a place to settle down and to go fishing. Then eventually we bought a piece of land, shortly after planted a caravan on it, and found work in Dingle. We had arrived!

But life is seldom that simple. One year later the firm I worked for closed down and I was out of a job. With no hope of getting another locally I decided to make a career change and ran off to sea to become a commercial fisherman!

That made you sit up and think didn’t it! Commercial fishing in those days however, was not as it is now. Unlike today, there was no greed and no matter what type of fishing we did, there existed that unique camaraderie that can only be found in a small fishing port. For fifteen years I potted and trawled and netted and dredged, through good times and bad, through fine weather and storms and I have to admit, I enjoyed every last minute of it.

I never went after the bass though, even when it was legal. That would have been going too far and I was never in the game for the money alone. But having been a commercial fisherman, I can perhaps more easily understand their point of view. Not the greed, there is no sense to that, but the fact that to them bass are just another species of fish to which, like the others, they attach no sentiment. I am talking here, of course, about the professional fisherman, not the cowboy who just does it to make a bit on the side. It is the cowboy who is enemy to all of us, professionals and sportsmen alike. No, the root of the problem lies with governments and government departments who, despite continuously being made aware of the effects that over fishing is having worldwide, steadfastly refuse to do anything about it.

Ireland of course, being the exception with regard to bass. You’ll find that if the laws are put into place to protect fish stocks then most bona fide commercial men will respect them. The problem is though, how do we get the powers that be to set up the laws?

Today, I’m now out of the commercial fishing scene and have at last found my true vocation in life as a beach bum. I still get hay fever in the summer months and living in the middle of a field surrounded by others does little to help but at least I now know what type of an angler I am. A shore angler. Can there be anything better in life than standing facing table after table of foaming white surf following the first gales of autumn, feeling the arm wrenching bite as a bass slams into the bait. Or to wander along a mist covered shore with a plug or a lure, hunting and searching the sea for signs of a fish. Or to stand all alone on a strand in the dark of night feeling for bites with all senses alert under an umbrella of stars.

If there is I don’t want to know, for in that regard, I am truly contented with what I have got, and once January gets fed up with trying to blow us away I’m going to go over to Ventry and catch me a bass. In the meantime though, I’ll throw another lump of turf on the fire and return once more to the screen. Now where did that damn mouse go . . . .

Historical note: This article first appeared in BASS magazine no.86 May 1998.