I’m pretty sure that most anglers look forward to their fishing sessions with eager anticipation and part of that feeling is about NOT knowing what you’ll catch, or indeed IF you’ll catch. 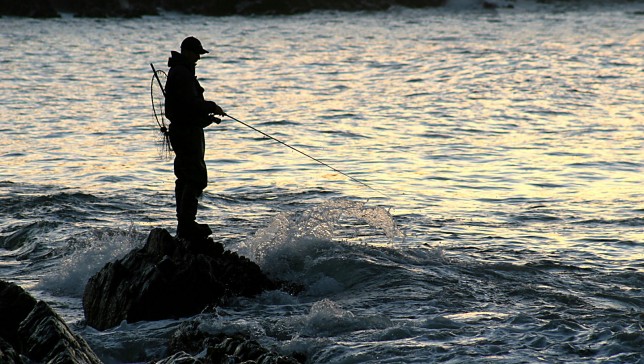 Perhaps if we were able to predict what we were going to catch, how many fish and how big they would be then the build-up and the excitement wouldn’t be the same and things would get a bit boring?

In a fisheries management context though, if there is to be any form of sustainable use of our fish (whether that’s re-stocking a put-and-take trout water or ensuring that we don’t over-fish marine species) we need to know what’s in there and how much is being caught.

Now keeping a trout pond well stocked can’t be rocket science (no disrespect intended to any trout fishery owners out there). You put your fish in to start with; allow for some losses to cormorants, otters and poachers; add to that the fish that are caught by your paying anglers and keep topping up with equal numbers of stockies.

But stranger things happen at sea.

Marine fish stocks are notoriously difficult to manage (many are now well below sustainable limits) and the fact that the scientists predictions and advice are often over-ruled by the managers of these resources clouds the issue, while discards and unrecorded catches often equal the amounts that are landed so will skew the picture even further.

But if we know, well in advance, that a fish species is going to be in trouble in years to come why don’t we do something with that knowledge to help support the species through the hard times? Now I’m not advocating stocking the sea with farmed fish, but I do think that we should be easing the pressure and letting more fish reach spawning size to allow fish to self-populate before we take them out of the gene pool especially, if we have forewarnings of problems ahead. Once again – it ain’t rocket science.

One of the problems facing bass at the moment is that they are victims of their own success. Warming sea temperatures since the mid-seventies has seen the historic range of bass move further northwards. A succession of mild winters through the nineties has seen good survival and growth for young bass, so fisheries scientists and managers alike have been lulled into a false sense of security and so have commercial fishermen and anglers as the popularity of bass as increased as a classy fish dish and a sporting quarry whether fished for with bait, lure or fly.

So if we had a crystal ball and could foresee the future for bass wouldn’t it be sensible for us to plan ahead and allow for any changes in the fortunes of our bass stocks to make sure that they are not over-exploited like so many other fish stocks? After all, bass are an important fish to sea anglers and have become a valuable species for commercial fishermen too.

Well; we do have a crystal ball and we also know how to read it.
This sneak preview into the future comes in the form of tiny bass fry that live in the salt marshes and estuaries around our coastline for the first few years of their lives. Newly- spawned bass fry (known as ‘0- group’ because they are 0 years old) take up residence in these shallow, sheltered waterways and, if the summer water temperatures are constant and the winter water temperatures don’t drop below freezing for long periods, they grow to between 8 and 10 centimetres in their first year.

If the winter water temperatures in these ‘nursery areas’ drops below freezing for longer than a few days then the young bass don’t survive and significant numbers of fry can be wiped out leaving a gap in the stock’s age cross-section so we get strong year-classes and poor ones. The last strong one was back in 2002. A team of crystal ball gazers

In their second year of life the young bass are known as ‘1- group’ and if we can calculate how many have survived the previous winter by sample-netting them within the nursery areas and counting the number of 0-group and 1-group from one year to the next, we can establish the abundance and survival of these young bass at this most critical time of their lives. Once past the 1-group stage fish that are two years old are generally big enough to withstand colder winters – and we’ve had a few of those in recent years. What message does this catch tell us about the future fortunes of our bass?

The information that we can gather from regularly counting the 0 and 1 group bass each year at the same nursery sites, on the same tides, at the same time of year will tell us how many have survived and give a longer-term picture of the ups and downs of young bass numbers and offer a prediction of the future fortunes of bass stocks and, of course, our fishing.

If we ignore the foresight that the young bass are providing us with we risk depleting the adult stock and it is especially important that the survivors of bad winters are given the chance to reproduce to provide a broad range of ages and sizes within the stock. We can ill-afford not to do so as over-fishing will put a strain on the stronger and fitter fish when we should be protecting them to ensure healthy and sustainable stocks for the future.

So whether or not you believe in fortune telling, tarot cards or reading tea leaves; the bass equivalent of a crystal ball is something worth peering into and we should do well to listen to the messages it sends to us.