The pressures on commercially fished-for stocks around the globe have increased year on year, and we anglers have been able to do little more than read about it.

While the fishing industry has geared itself up with larger boats, nets and more efficient equipment, we anglers have suffered a decline in the quality of our sport. The numbers of fish that we catch and the sizes of those fish have dropped to an all-time low. Sea angling, one of the nation’s most popular pastimes, is in danger of becoming an activity of the past, purely because of the lack of the most essential ingredient in angling – FISH. 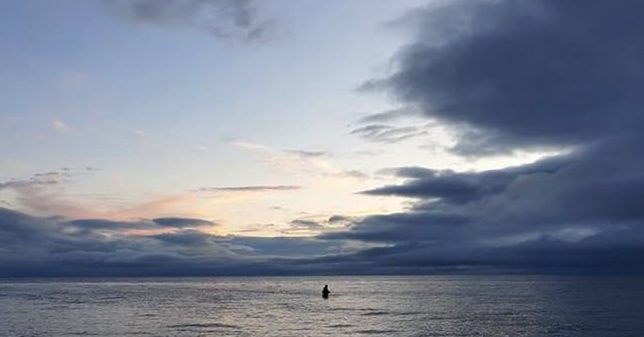 Since it was formed in 1973, B.A.S.S. has been campaigning for the conservation and improvement of the recreational bass fishery. A few dedicated members and others were heavily involved in the establishment of a minimum landing size (MLS), and a gradual increase to the current 36cm. In the 1990s B.A.S.S. played its part in the establishment of bass nursery areas.

However, with the continuing collapse of many fish stocks by commercial overfishing in the late 1990s, and the worrying development of the winter offshore commercial bass fishery, it became evident that a greater emphasis must be placed not just on conservation, but also on restoring the bass stock structure to its historic abundance and natural size range. In 1998 B.A.S.S. decided to begin a campaign for more and bigger bass to be available for recreational anglers. The campaign was later to be christened The BA.S.S. Restoration Project.

The project had been conceived a year earlier by Roger Baker, Bob Cox and Malcolm Gilbert. Roger was a passionate campaigner for the environment and was equally passionate about angler’s rights, having had many years involvement with freshwater fisheries issues. Bob was already a seasoned bass conservationist, having been involved in tagging studies since the 1970s. Malcolm had been active in the sea fisheries management arena for twenty five years, and was perhaps the most persistent thorn in the side of MAEE (now Defra). These three came to B.A.S.S. with a proposition, “We’ve got the ideas, we want to unite sea anglers and attain sport-fish status for bass, and we need help with some of the legwork; all B.A.S.S. has to do is back us with administrative support.” It was felt that if this was to work, an officer of the Society should act as chairman for the project, so I volunteered.

Once we had established the aims of the campaign, how it would be funded and how we hoped to involve as many sea anglers as possible, our first task was to identify our primary target.

We decided to prepare a resolution for consideration by the European Anglers Alliance (EAA) in order to achieve our ultimate aim of ‘More and Bigger Bass’. This aim was to be achieved through a number of management measures:

The resolution was fully adopted by the EAA at their general assembly in 1999, and still forms the basis of our political quest for EU-wide recognition of the recreational value of the European sea bass.

After the initial euphoria had subsided, we realised we were a tiny minority in a sea of apathy. Members of B.A.S.S. supported the project admirably, but the angling press, the tackle trade, and the million or so fellow sea anglers all appeared indifferent to the decline in the quality of their sport. Fishery management at MAFF and the Sea Fisheries Committees were totally against us.

Without a fundamental change in attitude from these groups we stood little chance of success. We learned quickly that much of what we wanted required a complete reversal of historic management practices – not an easy task. We realized that we had to gain wide acceptance for the principle that fish stocks belong to all of us and not just the commercial sector; it would clearly be hard to win the protection for bass that we sought.

We needed to promote ourselves as a stakeholder in the management of fish stock resources, so as to gain access to the negotiating table. We had to take a number of steps to ensure that we were not seen as a minority group who could be fobbed-off easily. So, we formed an alliance with the National Federation of Sea Anglers (sea angling’s representative body), which enabled us to get access to MAFF (now Defra), fisheries meetings, consultation briefings, and public consultations on landing limits and the Common Fisheries Policy. We are now regularly invited to participate in debates (so many in fact that we sometimes have difficulty in fielding a representative). Most of this was groundwork for our ultimate claim that bass should be managed primarily as a sport fish. We new we needed to lay that foundation before we could attempt to build a sport-fishery.

A £1,000 loan from the B.A.S.S. account was needed to enable the project to stand on its own feet, but donations and fundraising from the membership enabled the project to repay the loan, enabling project team members to attend many other forums thanks to improved finances. We have a responsibility to use these donations wisely, and activities are carefully targeted and expenses kept to a minimum.

When we have asked members to write to Defra about the Government’s proposals for amendments to the EU Common Fisheries Policy (CFP), Inshore fisheries management, The Marine Bill, Increasing the MLS of bass and the proposed Strategy for Recreational Sea Angling in England, the support from the membership has been better than from any other organisation, and the number and quality of responses has made us even more effective.

The Restoration Team followed the progress of the CFP debate closely, and when we were invited to attend one of three consultation meetings around the country, it was thought imperative that we were represented. Frank Beaugendre agreed to represent us, and he was seriously outnumbered by commercial fishing interests. There were however, a number of environmental organisations present and some regional and local government representatives. Frank engaged a number of open- minded individuals and, after one particular conversation, was invited to attend a meeting specifically to address some of the issues that Frank had revealed were of concern to sea anglers. A follow-on meeting was arranged and Frank, along with three B.A.S.S. members, was given the opportunity to put our side of the story to a very senior and influential government officer. That officer was so impressed that he suggested a higher-level meeting with attendance from central, regional and local government agencies. In turn we suggested that a number of other interested parties (such as tourism) would also benefit from our alternative approach.

Soon it became clear that this was a chance to present our case to those who have a direct influence in future inshore fisheries management. This led to a joint endeavour with the NFSA, when in January 2003 we held a conference called ‘Recreational Sea Angling – A Wealth of Opportunity’ One of the delegates from a national government agency was extremely interested in the display boards showing the tagging project, and was hugely complimentary on the quality of presentations, the numbers and seniority of the delegates and the overall success of the event.

In recent years, as a result of evidence produced from an extensive bass tagging programme, it has become evident that the majority of fishing mortality of bass stocks takes place within the inshore fishery. It is critical therefore that the UK government implements effective management controls for the inshore bass fishery. The Bass Management Plan, published by B.A.S.S., is a proposal document for such management.

In summary, the Restoration Project has been successful in:

The work of the Restoration Project continues to gain momentum and it is making a difference.

In November 2005 Defra launched a consultation on proposals to increase the MLS for bass from the current 36cm, with a corresponding change to the minimum mesh size for commercial enmeshing nets. Defra then published the responses and conducted a Regulatory Impact Assessment on the costs and benefits of the proposals. In August 2006 the then Fisheries Minister, Ben Bradshaw, announced a change of MLS to 40cm, to be effective from 6 April 2007.

During that time period the commercial fishing sector made several representations, drawing attention to recent research by CEFAS and as a result the Minister decided not to proceed with the new MLS until he had studied the new evidence. The recreational sea angling lobby then submitted counter evidence, which highlighted very high levels of bass discards in inshore trawl fisheries. Following a change of Fisheries Minister, a meeting was convened between the key stakeholders on 1 October 2007 to review all of this evidence and then, in November 2007, it was announced that the MLS will stay at 36cm, with a view to considering more bass nursery areas, reviewing inshore netting restrictions, supporting research into restricted areas and improving knowledge of recreational sea angling activity.

Although this is a setback, based on a political decision to satisfy the commercial sector rather than a management decision to benefit the bass fishery, we will recover from it and continue to strive for meaningful measures to restore and sustain bass stocks.

Why you should support us

The combination of good spawning successes since the 1990s, the introduction of bass nursery areas, and the northward extension of bass stocks (due to higher sea temperatures), provides the opportunity to develop a very significant, sustainable marine sport fishery.

How you can help

A significant increase in political lobbying by the recreational sea angling sector is required to bring this project to fruition. Real progress has already been made, but much more can and needs to be done. This work is currently being carried out by committed anglers on a voluntary basis. The project is funded entirely by donations, mostly from B.A.S.S. members. We are very, very grateful for these, but we always need more.

There are several ways you can help: