I’ve received a barrage of increasingly excited texts for my fellow blogger over the past few weeks as he prepared for his journey to Cape Cod. Some include pictures of his chosen lures, others featured a man resembling Si who had seemingly escaped his carers. 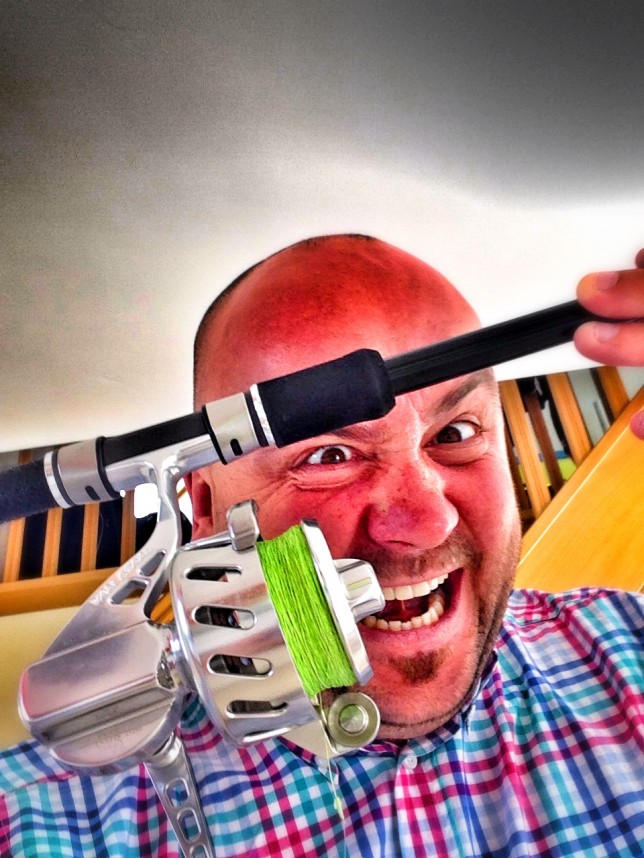 Although I am not also going to the USA, his communications are far from unwelcome as they bring back memories of the emotions experienced on such a trip. The following blog  of Si’s was, as he put it, “waffled out on the flight in a semi-delirious state .“ Whether you have ever for fished stripers or not, his words and state of excitement will I am sure be familiar to any of us with a fishing obsession.

A multitude of components make journeys fishing so special. There is planning, anticipation, adrenaline and excitement before leaving. Regardless of success or failure, there is scenery, solitude, camaraderie, kit, silence, and wildlife to appreciate when we are there. Then on our return we have learning, and recollection to consider.

As I write this I’m high above the Atlantic, with 1,750 miles to go. I kissed, hugged and waved goodbye to my family at breakfast time, dropped my son at school, then headed north. As seems the norm recently I cut it a bit fine, arriving at the train station with little to spare. 3 hours later I was at the airport, handing my precious rods over to the handing staff, along with my case. Security passed uneventfully, and they were not interested in the 3 reels in my hand luggage. The wait passed quickly, and I am lucky enough to have a spare seat next to me.

I’m now half way there; my thoughts start to push ahead to what the next 12 days on The Cape may contain. Truthfully, I was barely coming down from the high of last year, and I can scarcely believe that I’m about to step back onto that sacred ground. The time is passing, and I feel surprisingly relaxed. My favourite music is resonating through my headphones, & I flick through the memories contained within the pictures on my iPad. My children, wife, my late father, my favourite places, and my best fish all reside within the archives, and I never tire of looking at them all.

There are all sorts of journeys en-route to our fishing grounds. On a pre-dawn start, I still wake on the hour every hour, much as I did as a child on Christmas Eve. Those nights are long nights. The drive to a mark on those mornings is a joy in itself. We see wildlife that the regular world misses. We are privileged. There are foxes bounding, hedgehogs scuttling, deer spooking, rabbits scattering, mist tumbling off the land into the sea. A few weeks into the season, the air is often warm on those early mornings and can be still as if indoors. The air is a tonic in itself, noticeably filling our lungs. We race against the sun, we have to beat it, often arriving at the shore breathing heavily, perspiring freely.

As hunters we notice things. First light is a very different thing to dawn, and we become in tune with these rhythms as the season progresses. We see bright moons against pastel-blue morning skies, we see shooting stars and satellites passing overhead. Fishing alone we are more aware of our surroundings, the rustle in the hedge, the bigger wave as the tide turns, the patterns in the sand, the bioluminescence at the fringe of the reef.

The first cast is fired-out onto a glassy sea, dawn is upon us. The lure settles on the surface. Twitch, retrieve, stop, twitch… the water becomes disturbed just behind the lure… a gentle flick of the rod tip. The world whole stands still but the journey is moving at pace.