The Worm Only Club Angling Dictionary

The Worm Only Club Angling Dictionary

Substance purchased in liquid form for the express purpose of erasing the memory of a bad day’s fishing. Side effects on good days include alteration of the short-term memory with respect to fish sizes and numbers.

Shabby individual prone to eccentric behaviour, including (but not limited to) rising at unearthly hours and shoaling with others, particularly in bars for short-term memory therapy workshops. 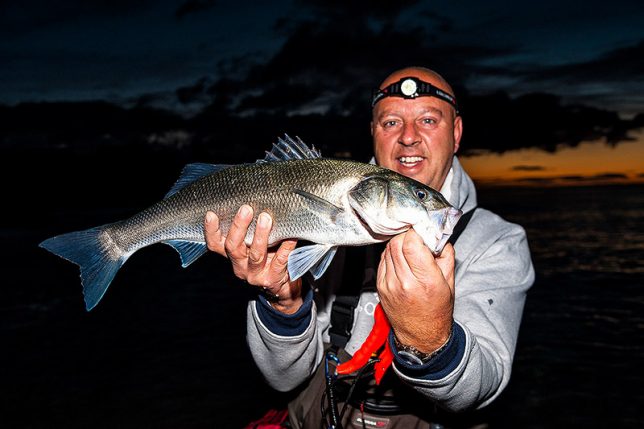 The moment at which thoughts transfer to badly tied knots and frayed line.

Semi-portable home-from-home often used by anglers, the interior resembling a student squat. One is actually set out as a museum of badly designed tackle, with a part-time curator who lives on tea and tales of old bass anglers.

Highly complex sequence of interrelated leg and arm movements, the purpose of which is to either attach a lure to an underwater snag or create a bird’s nest when using a multiplier.

Chain of electrical retail outlets stocking a large range of plugs, most of which are 13 amp, white and fast sinking.

One who fishes with plugs.

Bright, high visibility accessory used as a visual indication of exactly where the hook has become snagged.

Agricultural implement used to break worms in half before wrapping in newspaper to keep them alive for drowning another day.

Exceptionally dark drink rumoured to be made from fermented black puddings. Very popular amongst B.A.S.S. members visiting Ireland but best not mixed with chicken curry unless stopping at a bed and breakfast with power flush lavatories.

Thin bit of bent wire designed to bounce out of a bass jaw but be capable of effortlessly penetrating kelp. When out of sight it is attracted to the mesh of landing nets.

A location where someone once had a bite from a bass.

Agitated and energetic dance performed after loosing a good fish, often to the accompaniment of the ‘F word.

Sub-surface marine growth that has proved a popular repository for spinners, plugs and lures in general.

For the beginner, the seemingly impossible combination of specific finger movements required to knit a single strand of monofilament into an insecure joint between angler and hook.

Small, dense and deceptively heavy object carried in bulk quantity over countless miles in anglers’ boxes. University research aimed at establishing why so many are carried has so far proved inconclusive.

The singular, most important differentiation between a good and a bad angler. Also, a commodity of particular significance when using a multiplier.

Forerunner to the Rubik Cube, this childishly simple mechanical puzzle remains unsolved to this very day. Indeed, the £1000 prize for the first angler to make a nocturnal cast into a head wind without a bird’s nest looks as safe now as it did when first offered in 1843.

Thin strand of monofilament used to connect the expensive end to the cheap bit.

Universal cry by a multiplier user in Ireland, when realising that “Craic” can also be part of an angling term ending in “off”. Also the call of the know-it-all who insists that multi-piece rods don’t have the right action, as he slams the car door on the tip of his beloved £500 blank.

Style of casting promoted by well-known monthly magazine as the only way to catch a fish. Usually heavily featured around the time that the dust is blown off that humorous annual old favourite entitled, “The cod are coming.”

Electrical device available in a variety of colours and sizes used to connect domestic appliances to the mains. Has been used by some dedicated electricians in an attempt to fool bass into thinking it is a sandeel. Results can be poor.

Mecca for all bass anglers. Over the years the bar has proved most popular during the early flood, whilst in the main, anglers move to the lounge for high water and the ebb, while the bass move into the bay and feed ravenously.

Ground breaking area of scientific research led by Albert Einstein that proved conclusively that it is impossible to cast a multiplier at night into a headwind without a bird’s nest.

Underwater anchorage with proven track record of irresistible attractiveness to all forms of end tackle; the degree of attractiveness being directly proportional to the cost of the end tackle.

Tackle accessory designed to imitate a small fish. Somehow the design office decided to use colours, labels and hologram patches that are nothing like a fish.

Fabric borrowed from the B&B and used by anglers to grow mould and other micro bacterial colonies.

Bit of bent wire suspended from a lure, whose sole purpose is to try and mate with other trebles in the tackle box. The third leg is braized on as a weak link, should it somehow become attached to a bass

Handy adjective describing just about every item of tackle advertised and sold as irresistible to bass.

Term used to describe feelings towards an angling colleague who has just caught a bigger fish than you.

Gaudily clad leftover from the Old Spice commercials. Possessed with suicidal tendencies and keen to garrotte himself on monofilament line. Wears clothing in archery-target colours, presumably for the benefit of pendulum casters.

Surprisingly agile marine invertebrate, always capable of burrowing twice as fast as you can dig.

Biro-made inscription on a bass angler’s Ordnance Survey map, indicating the precise location of another blank.

Traditional, bright uniform worn as a warning of the wearer’s inability to cast in a straight line.

Lightweight wading accessory popular amongst the senior citizen B.A.S.S. contingent. Needed by those at the back of B.A.S.S. AGMs.