Too many lows: not enough highs

The weather of late has been as frustrating as I can remember. From July onwards I waited for the bass to show on my favourite south coast marks. My wait was long and it wasn’t until early October that my plans came good when two trips brought me 11 bass including a seven pounder, two eights and a 9.10.

At the same time there was also a tale of failure, involving a bass clearly far bigger than any other fish I hooked on those days and the parting of my braid after a minutes battle. Yet with the water temperature well above the seasonal average I wasn’t too despondent about my loss (how could I be given what I did land). I predicted the bass would hang around (as they normally do in this area) until the end of November and my chance of an exceptional fish would come again. Given a few periods of settled weather I could cast my lures from boat or shore and I reasoned success would surely be mine.

As a reader of this blog in all probability you are as fanatical a bass angler as I am, so more than aware of the never ending series of lows pressure systems that since mid October have churned up the sea. It’s been so persistently bad in fact that I haven’t even had a chance for the bass to prove my conviction about catching a whopper incorrect. Not being able to fish has left me with an increasing sense of panic as the bass fishing year  careering towards its end, while every day my desperation for anther high grows.

Even in an average autumn I am overcome by a need to gorge myself on bass fishing, in the (forlorn) hope it will sustain me through the bass free months of the New Year. With the costal waters taking on the appearance of cappuccino and my prospects of catching on lures being at best slight, my hunger just grows. The options I have include: abandoning all hope of another bass and “sulking like a bad tempered bear” (so I am told); prepare every bit of equipment and study the weather charts looking for any hint of an opportunity to drop everything (including work) when the weather turns for the better, or carry on fishing regardless perhaps even resorting to bait. Even fishing for perch on lures in my favoured places is not an option given the present colour of the rain filled rivers.

Last year I chose to fish on, even when the sea was blown out. I spent a small fortune of diesel and caught no more than I would have sat at home.

I like to think I am capable of learning from my experiences, so this year my plan was to preserve both the goodwill at home and my fuel money during times when the opportunity to fish was there BUT the prospects of catching were poor. Then I reasoned when things come good I would invest everything in catching. The plan seemed pretty wise, yet I had no contingency for months of persistent south-westerly and southerly gales!

For weeks now there hasn’t even been any signs of hope in the longer range forecasts to hang my hopes on. The charts for excellent European Centre for Medium-range Weathers Forecasts (great for 5 to 10 days ahead) showed low after low rolling in: http://www.ecmwf.int/products/forecasts/d/charts/medium/deterministic/                    The Atlantic jet stream forecast  http://www.netweather.tv/?action=jetstream;sess=      (the best way to predict trends between 10 to 16 days ahead) showed the jet stream (that principle driver of our weather systems) consistently sat over Wales and England – never a good thing if you want calmer weather. While the BBC long range forecast only predicted more of the same pattern. But in the last 2 days I finally have a glimmer of hope (at least for the South of the UK) as both the BBC monthly forecast http://www.bbc.co.uk/weather/2635167#outlook and the jet stream forecasts show a (somewhat) improving trend for the second half of the month.

Obviously I am just clutching onto anything positive, but in the absence of any improving prospects for 3 weeks this change is welcome. Whether I catch the monster I dream of is another thing, but at least around the 15th – 17th of November I have some slim chance I might at least have the opportunity to try. 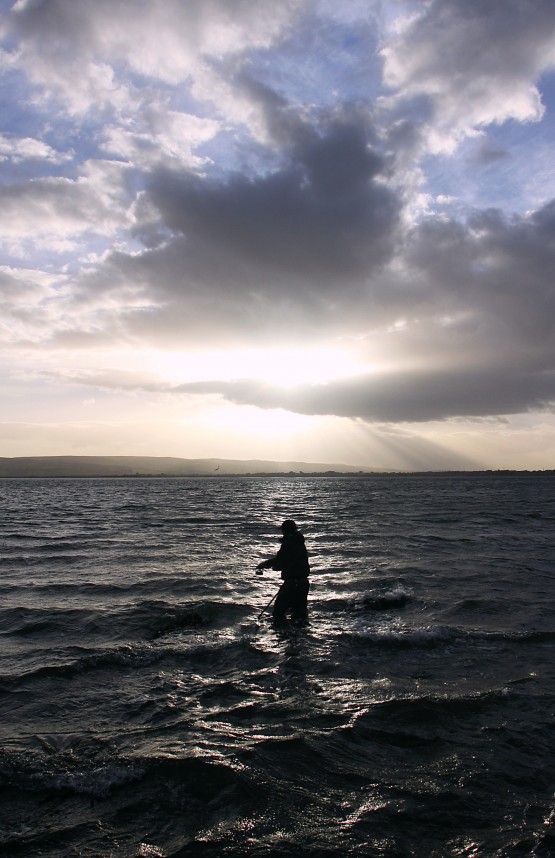 So for any other lure and fly fishermen reading this I hope you find hope in the forecasts and you prospects of catching improve. As for the bait anglers, whilst wishing you catch plenty, I do hope you get things just a little less to your liking soon! And if the opportunity to execute my plan finally comes good and my optimism proves not to be (again) ill-founded, rest assured you will read about it here.