To those who have not tried it, catching bass on a ﬂy may seem to be appealing and challenging but probably a daunting prospect. Five years ago I didn’t have the conﬁdence or expertise to succeed with such an unconventional method.

From what follows you will see from my experience that you don’t have to be an expert to succeed with a ﬂy rod. Neither do you need the sea at your doorstep or plenty of spare time. 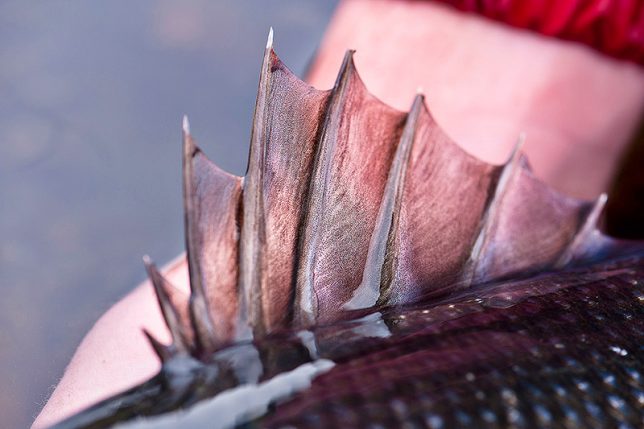 To be consistently successful in any branch of ﬁshing you need to be able to master several methods to be able to cope with a range of locations and conditions. Personally I would not suggest ﬁshing for bass exclusively with a ﬂy rod, but at times in the right conditions I am convinced it is a very effective method. It is also great fun; a two-pound bass might not be big and won’t feel very big on a light beachcaster, but catch it on an 8 weight ﬂy rod and it’s a memorable experience.

Work, the commitment of a young family and being landlocked in Oxfordshire severely limits my ﬂy ﬁshing for bass to a couple of weekends a year and holidays in southern Ireland. A lot of readers are probably in a similar position, in that ﬂy ﬁshing for bass is something to try on holiday, or a means of salvaging a salmon / trout ﬁshing holiday ruined by hot and dry weather.

If you are already a competent ﬂy ﬁsherman or an angler who has caught bass on bait or plugs, you are halfway there. However, a short history of my own limited bass ﬁshing career might help those of you who need reassuring that you don’t have to be an expert to succeed. Being a bit naturally rebellious and sceptical I tend to be suspicious of anyone who refers to themselves as an ‘expert’. 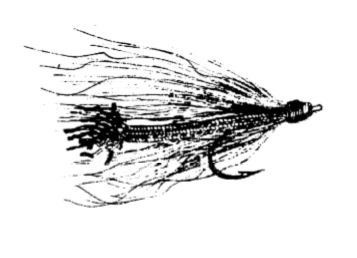 Since childhood bass have always had an enigmatic mythical status to me. All I ever caught on seaside holidays were mackerel and pollack. I had read about bass but I had never seen one caught. When I was ﬁfteen, I unfortunately believed what I was told and what was written, i.e. that bass were generally caught on beaches, only when there was a decent surf, and to ﬁsh for them needed a beachcaster and three to ﬁve ounce leads to get beyond the third breaker. I did not have that gear nor did I have anything like the knowledge I have now, so I did not spin for them let alone ﬂy ﬁsh.

I caught my ﬁrst bass while ﬂoat ﬁshing for mackerel near Southampton, from a groyne with a chunk of mackerel as bait. The sea was coloured and didn’t look promising for mackerel. Then I gradually became aware that the ﬂoat had disappeared, so I reeled down to a solid resistance and instinctively struck. To my amazement I was into a very strong ﬁsh, and to put a long story short I eventually got it into the landing net and the ﬁsh was indeed a monster – on the scales in a nearby beach hut it weighed over 10lb!

For the next few years I ventured into lure ﬁshing and had reasonable success but I started thinking that if I used a ﬂy rod with a ﬂoating shooting head and a large lure with a weed guard, I could present a more deceiving imitation of a ﬁsh than the solid outline of a plug. The main advantage would be I could ﬁsh it fairly shallow. I was also starting to learn that to have consistently successful ﬁshing holidays I had to adapt to the prevailing weather conditions. We all have the experience of preparing full of anticipation for an angling holiday only to return home cheated by the weather.

When I’m in Ireland my own preference is to ﬁsh for bass in whatever weather I get. Using different methods in different locations gives me a chance in all but the worst of conditions. The worst conditions are a freezing, strong NE Wind in late autumn/winter or very rough Atlantic storms, but most of the t1me it is worth ﬁshing somewhere. So often on arrival the weather decides to settle, gets hotter, and there is no sign of change for a few days at least. All you hear is, “The ﬁshing was good a fortnight ago”. Or, “All we need is a bit of rain”. However, hot settled conditions are perfect for ﬂy ﬁshing for bass! Sessions at dawn dusk or in darkness can still leave time for the family or desperate attempts to catch Salmon or Sea Trout.

Such conditions could normally be tackled by most experienced bass anglers with spinners or plugs. There are now a few people I know who would opt to use a ﬂy rod instead. Using a ﬂy rod for any species has a special thrill and challenge. Personally at the right times in the right places I would use a ﬂy in preference to any other method because I ﬁnd it such an effective method. However I would stress that when I get the chance to ﬁsh a good surf my radical approach goes out the window. Traditional surf ﬁshing methods with bait then have an appeal all of their own. Also I don’t think I could ﬁsh very effectively with a ﬂy rod, if at all, in a big surf.

When I set about learning to catch bass on a ﬂy I was certainly not the ﬁrst to succeed. However it is still regarded as a largely unproven method, not exactly a standard approach amongst UK bass anglers. I might add that plug ﬁshing for bass was not generally seen as a standard or effective approach until people like Dr Mike Ladle started writing about their experiences in the 1990s. Like many anglers faced with a new method, it takes a bit of courage to try something new and possibly blank when plugs or bait might have succeeded.

My main concern was casting, getting a decent size ﬂy (normally a 4-5 inch feather and hair imitation for a ﬁsh or sandeel) a sufﬁcient distance. It had to be a reasonable distance because I didn’t want to rely on always being able to ﬁnd bass close in (in fact they often are close in). I also had to be able to cope with a bit of wind. I was conﬁdent that if I could get a 4-5 inch ﬂy near a feeding bass it would take it. 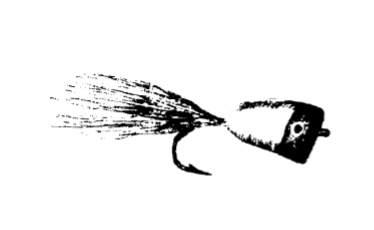 I got some lessons, improved my casting and learnt to ‘double haul’. There is still room for improvement in my casting. Finding ﬂies was not easy so I tied some big deceivers. Also I built a 10 foot number 9 ﬂy rod which although it rated as a number 9 casts a WF number 10 intermediate easily.

Around this time I saw the American book, Inshore Fly Fishing: A Pioneering Guide to Fly Fishing Along Coldwater Sea Coasts by Lou Tarbory. It was a revelation. A lot of American ﬂy ﬁshermen were already pioneering methods of catching striped bass on ﬂy rods, in a variety of places and conditions along the NE coast of America. It seemed very appealing and looked as though it was becoming distinctly fashionable. So much so that I wondered if it might inﬂuence the way UK anglers view our own sea bass. I would not want to give the impression that I worship all things American. However a lot of ﬂy ﬁshing tackle and techniques have been exported across the Atlantic. So, maybe it was just a matter of time before it caught on here and our native unappreciated sea bass would get some of the recognition and status it deserved.

I hope the publication of this book is part of that process starting. Hopefully it will be read by lots of anglers who like me have read, enviously, accounts of ﬁshing in far away destinations for Tarpon, Boneﬁsh, Redﬁsh, Permit Snook or striped bass, who then realize that they have within a four-hour drive the exhilarating challenge of catching bass on a ﬂy rod. Maybe not quite as exotic, but a fraction of the cost.

Historical note: This article was published in BASS magazine no.87 Autumn 1998