It’s Christmas Eve and I am sat in the food area of a large shopping centre. I sip my hot coffee while the Salvation Army plays silent night. My last minute shopping rests against my leg, yet there are flip flops on my feet and I am wearing shorts. Nearby is an Australian beauty wearing a Father Christmas outfit. She turns my way and I quickly shift my gaze out of the window as I try to pretend I wasn’t really looking. The semi-urban landscape is filled with eucalyptus trees and the distance hills shimmer through a heat haze. To someone who has never spent Christmas away from the UK it’s confusingly familiar yet different – like a cover version of a favourite song done surprisingly well.

The other day I finally got a chance to fish for a couple of hours. I had taken a reel and small selection of soft plastics from England and borrowed a 7 foot lure rod I found in the cabin we were staying in. As a fishing tool it possessed the qualities of a string of over cooked spaghetti – but beggars can’t be choosers. And anyway this particular visit to the water felt as if it was more about standing in a different ocean throwing a lure than catching. 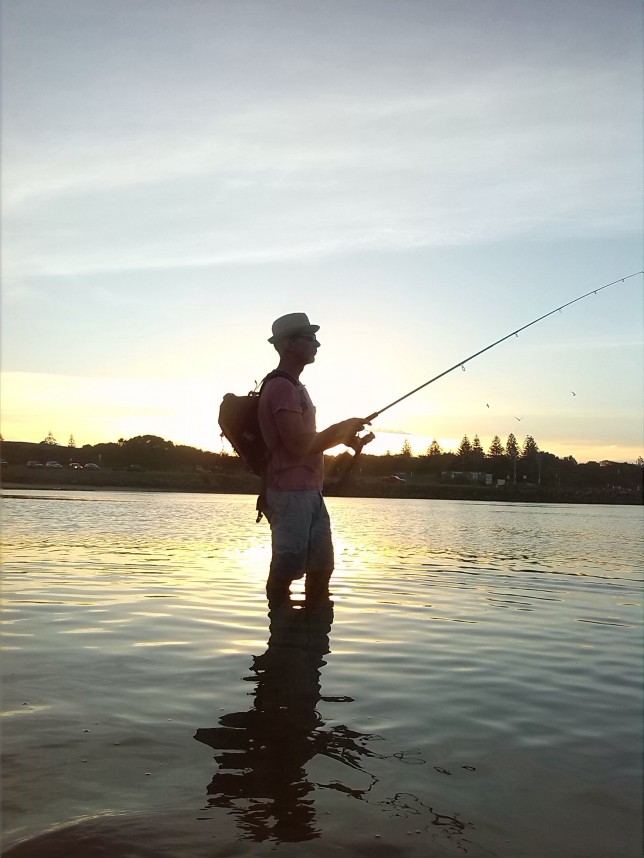 My host Phil drove me a short distance down the evocatively titled Great Ocean Road to the harbour wall at Apollo Bay. I had 90 minutes fishing time alone. In the few days here I had seen little sign of fish activity in this area. But as I prepared to make my first cast in this continent Arctic turns were diving into patches erupting water while gulls shadowed them dipping the water trying to pick off vulnerable anchovies like bait fish. I might have been on the opposite side of the world in a strange land, yet given the familiarity of what I was seeing I was not about to ignore such obvious clues.

I strung the rod up tying on the first lure to hand ( a red gill), trying to at least ensure in my haste the knot was a good one, then legged it to the water. I contemplated bare foot wading, but suspicious of broken glass and the myriad of lethal critters you hear of Down Under decided I’d rather get my shoes wet.

First cast landed on the edge of the melee. Immediately there was an obvious yet brief resistance. I barely had time to think this encouraging when three turns of the reel later and the line tightened and stayed taught. The spineless rod rod kept bending as I tightened up to set the hook until it formed a complete semi-circle. For the first time in years when fishing lures with braid I struck to ensure the hook was set. For the 30 seconds the fish ran much like a bass, but the likeness ended when it leapt clear of the water several times. The profile against the light was reminiscent of my favourite quarry, but was squatter and obviously lacked a spiked dorsal.

I walked the fish to the shore, beached it on the muddy harbour sand, then snapped a picture of what I was fairly sure was an Australian salmon (a fish that bears no true relation to a salmonid other than in name). One cast in Oz and one fish. The wait to fish had been worth it.

I phoned my son Jacob and told him and Phil to get straight down if they wanted to catch a fish. By the time they arrived I had tied on a 90mm Fiish Minnow and released another half dozen between 1 and 3 pounds.

I gave Phil a briefing on what to do and after a few lost fish (due mainly to the bendy rod) he doubled his life tally of fish to 6. Jacob also had a few as we took it in turns casting with our one rod. 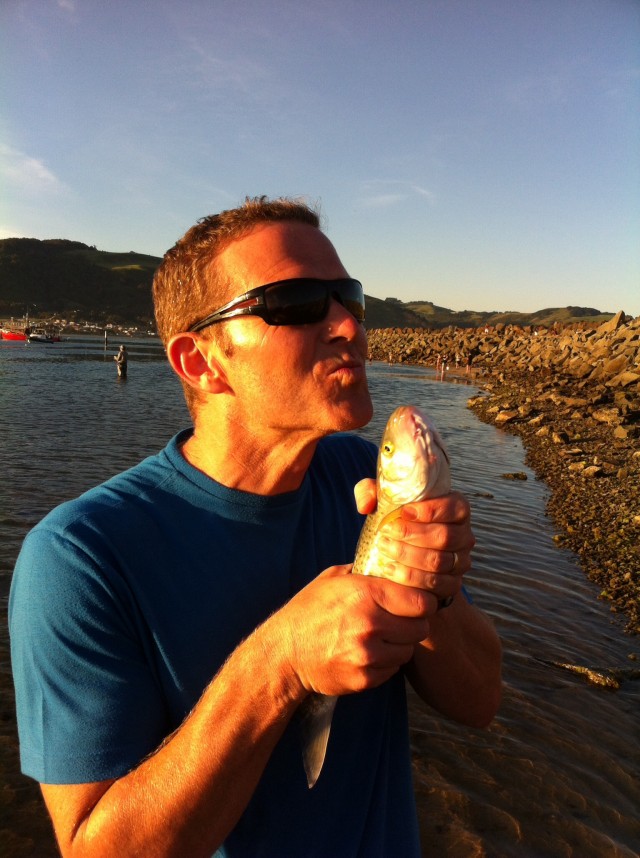 Standing with the water to our knees and all focused on fishing a stingray with a 5 foot wingspan that snuck up from behind nudged by us. I am not proud to say that too a man (a questionable turn of phrase in these circumstances) we legged it out of the water – that certainly wasn’t familiar from wading in home waters.

As the sun set the activity slowly died. We headed home with 20 minutes fishing light still remaining, laughing and already reliving moments only just past. Regardless of how and where in the world you fish, or your familiarity with what you fish for, the afterglow brought by success does not vary. 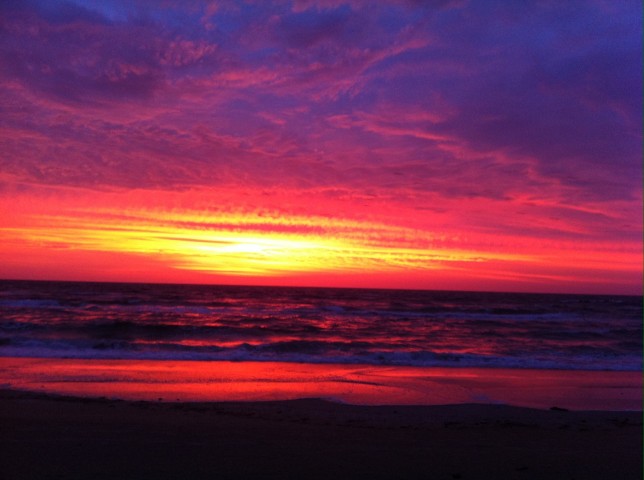