“Whatever the problem fishing is the solution.”

It was the eve of my 50th birthday. The morning had taken me far from home and I was now travelling to a regular fishing haunt via an unfamiliar route.

Racing to my destination the southern English landscape constantly changed, as geography, light and weather rapidly varied. Such variation in the physical world  mirrored my own flitting mind.  The milestone in life that was upon me was not one I relished passing, and for months I had been unsure how to mark the occasion. In the end parties, trips to exotic locations and other mainstream options had been rejected in favour of abandoning the world, isolating myself in a small bay and preoccupying my mind with bass fishing – A plan that in truth didn’t need a big birthday for me to justify.

Twenty-four hours before it seemed the trip was a non starter due to the never ending patterns of fresh winds that have plagued my angling in recent months. Then when I had (almost) given up hope, a 15 hour window of dropping winds emerged in the weather models – though there was still some uncertainty to this. I had the time off, it was too late to make other arrangements, so gambled on this plan anyway.

By tea time I was alone on my small zodiac on an undulating sea. The weatherman was spot on though. A distinct band of cloud marking the boundary between the weather systems slipped slowly east. The wind dropped from 18mph to offshore and single figures. Slowly the waters calmed. I was alone, afloat and master off all fishing opportunities I surveyed. 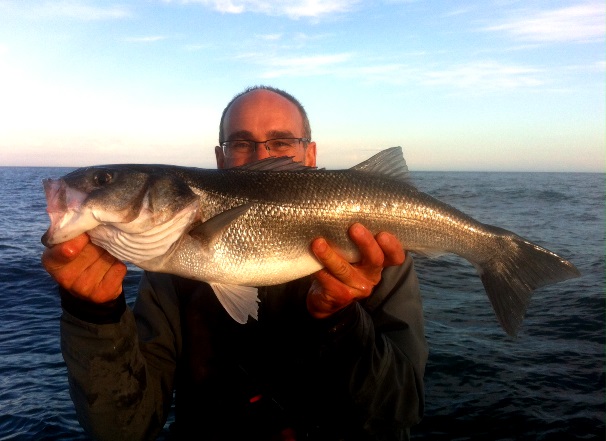 Armed with a lure rod, my mind was filled with nothing but what, where, when and how. Variables that I hoped if I found the right combination would provide a solution to catching.

Well I at least lined things up part right, as fishing the rising tide I got to hold 5 bass – a collection that included a 7 and 7.6 pound fish. 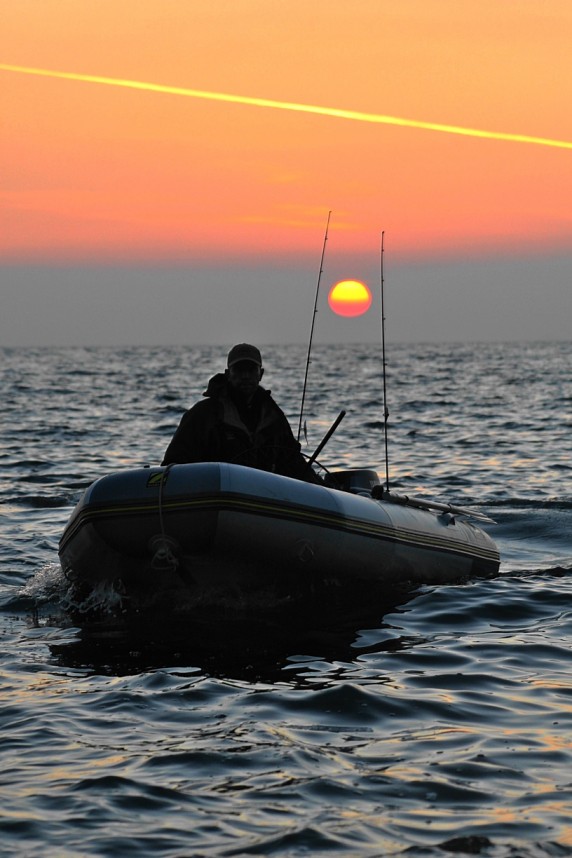 When the slow creep of the midsummer dusk encroached too much I pulled the zodiac up a remote beach, then feasted on crab, prawns and wine I had stashed in the bow bag. I slept under the stars, beside a driftwood fire, cosy in my bivvy bag.

In the morning the wind picked up earlier than predicted, but not before I’d had another bass and a close encounter with dolphins.  Heading off home sooner than planned hardly seemed to matter.

I’m not sure if was the fishing, escaping the world or the reaffirmation that angling pleasures are not age dependent; but in the few weeks since I haven’t given “the big five-zero” a further thought.