Standing On The Shoulders Of Giants – Bryan Meade

Standing On The Shoulders Of Giants – Bryan Meade

From reading the recent blog: Bass legislation – A Summary, it is clear that 1988 was a turbulent year in the history of legislation relating to bass management and the fight to protect immature fish from the rampant exploitation that was occurring at the time.

Mind-boggling amounts of bass were being caught and transported to the continent (as there was little demand for bass here in the UK at that time), such as one boat alone that had taken 85,000lb (38.5 tonnes) of bass in a few months and two lorries a week were regularly travelling from Wales to France with an estimated £700,000 worth of bass. 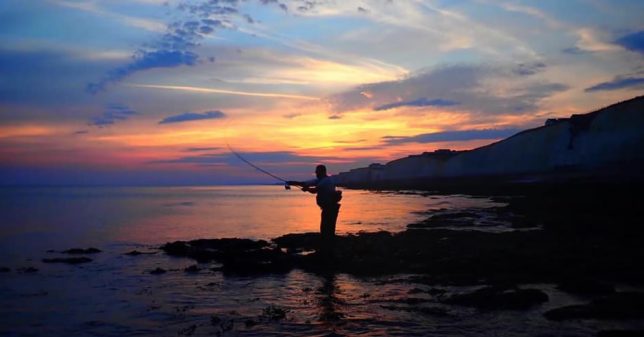 Initially, there was hope that this slaughter could be halted with the introduction of a Minimum Landing Size (MLS) of 36cm for bass and the banning of gillnet meshes between 61 and 99mm, to protect immature bass, along with the creation of 24 bass nursery areas where juvenile bass would be protected from angling and commercial fishing.

But, by the middle of 1988, the Minister for Fisheries had back-tracked on making any changes to mesh sizes, to suspend the introduction of the nursery areas indefinitely and to defer any change of MLS legislation until 1990.

Undeterred, the angling groups of the day pressed on with the fight and one man, Bryan Meade, stood out as the driving force for change.

Bryan Meade was a humble but determined man. A machine operator from Holyhead, Anglesey, he made it his life’s work to not only badger the politicians and fisheries authorities with hard evidence regarding the carnage which was taking place to bass stocks, but to enlist the support of sea angling groups across Wales and England in a common goal. That was no mean feat in itself! 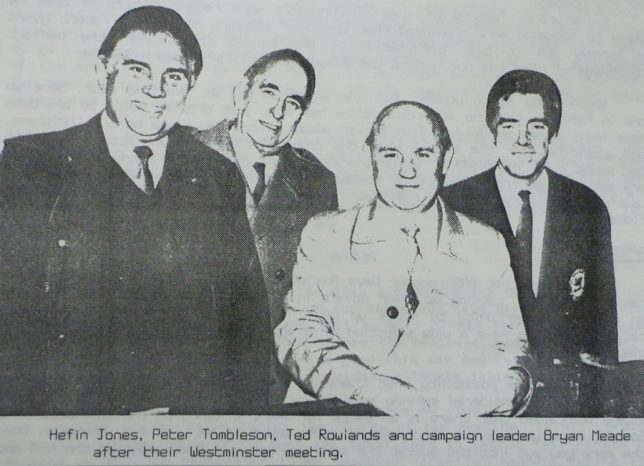 Despite suffering from Hodgkinson’s disease,  for a twelve-year period, Bryan’s campaign work on the bass fishery was taking up an average of nine hours a day.

On the 30th November 1988 Bryan Meade, the machine operator from Holyhead, stood in front of an all-party group of Welsh MPs and delivered a case for the proper management of the bass fishery of the UK. The message that he and his colleagues from the Welsh Federation of Sea Anglers and the North West Association of Sea Angling Clubs presented was so strong that the proposals received support from 92% of Welsh MPs and it was decided to make the proper management of the UK bass fishery the official policy of both Plaid Cymru and the Labour Party.

Eventually, Bryan’s persistence was rewarded with the introduction of legislation to remove gill nets from rivers in Wales. He also played a big part in the Irish ban on commercial fishing for bass, and his dogged pressure forced the Ministry of Fisheries to conduct a five-year research programme. This resulted in 36 bass nursery areas being established, most of which we are familiar with today. 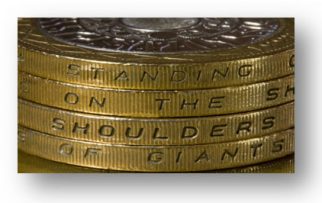 But these victories didn’t come without a heavy price for Bryan. As mentioned, his life was consumed with campaigning for twelve years and at a personal cost of nearly £30,000 (over £80,000 today). He received death threats and, as reported in The Independent at the time, the brakes on his motorbike were tampered with – twice. Perhaps, unsurprisingly, this also put a tremendous strain on his marriage, so the personal cost to Bryan cannot be overstated.

If you look at a £2 coin you’ll see the words STANDING ON THE SHOULDERS OF GIANTS etched into the side.

The source of this phrase is attributed to Sir Isaac Newton, who generously conceded that much of what he had achieved in the world of scientific study had been due to those mathematicians and astronomers who had gone before him: Galileo, da Vinci and Copernicus and in recognition to his forebears, he once wrote: “If I have seen further it is by standing on the shoulders of Giants”.

Today, we are still fighting for a better bass fishery and for anglers’ rights. We continue to lobby Governments in the UK and at EU level and the achievements that have been made are in no small measure because of the work of Bryan Meade – A true Giant of bass campaigning.