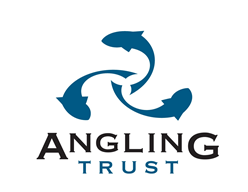 The advice of the European Unions fishery scientists for the management of bass stocks in 2017 in the area that includes the UK is: “ICES advises that when the precautionary approach is applied, there should be zero catch (commercial and recreational) in 2017.”  We will report further here on this and our suggested response to this in […]

Over the past few years some have vocally claimed the reduction in bass stocks is a result of poor recruitment (i.e. low numbers of young fish) to the overall stock. Some I am sure genuinely believe this to be a truthful and complete explanation, others I suspect claim this to be fact in an attempt […]

We seek to achieve a broad balance of subject matter on this blog. Of late however, we have been somewhat weighted towards bass politics and the campaign for restoration of our bass stocks. I make no apologies for this what so ever, as the coming weeks the measures to better protect our bass will be […]

The Angling Trust has written to UK Fisheries Minister George Eustice calling on him to introduce a series of conservation measures to protect UK bass stocks in the face of the latest scientific advice from the International Council for the Exploration of the Seas (ICES), which has recommended a staggering 80 per cent cut in […]